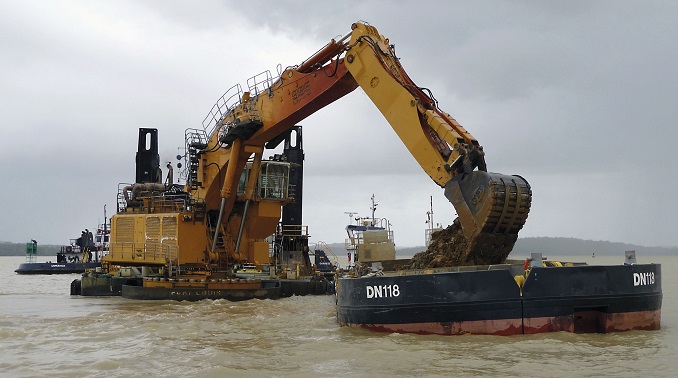 The game changers of the dredging industry

From Dredging and Port Construction's inception over 52 years ago to this the final issue, the magazine has kept readers up to date with every aspect of dredging. Past editor, Tony Slinn, gives a personal overview of what he sees as the most influential legislation, technological developments, and pioneering marine engineering projects that have changed the industry over the last half century

Dredging is an often misunderstood sector of the maritime world, whose enterprise and world-class engineering abilities continues to play a major role in all our lives. The valuable role it plays in the supply chain makes it susceptible to changing trade patterns and shifting economic landscapes.

Over the past 50 years, the industry has been strongly shaped by legislation, especially in the US, and by technological advancements that has opened the door to advanced computerisation and, quite possibly, artificial intelligence (AI). At the same time, major industry companies have undertaken dredging campaigns that have made a global impact.
Despite being independent, DPC has always been viewed as the ‘house magazine’ of the Central Dredging Association (CEDA) and one of the first things I did as the new editor was to visit general manager Anna Csiti at the secretariat and core company members in the Netherlands and Belgium to find out what was expected.

I was able to expand my contact base at events such as Europort and CEDA Dredging Days, and during that time met then-Eastern Dredging Association (EADA) chairman John Dobson and then-secretary captain David Padman, who later became chairman. EADA did not have an official magazine in my early days, and a deal was struck with DPC taking on the role.