Northeast
A swinging-gate barrier called the Oosterscheldekering works to prevent flooding in the Netherlands. A similar large structure is being considered to protect New York City.Credit...Bas Czerwinski/Agence France-Presse — Getty Images 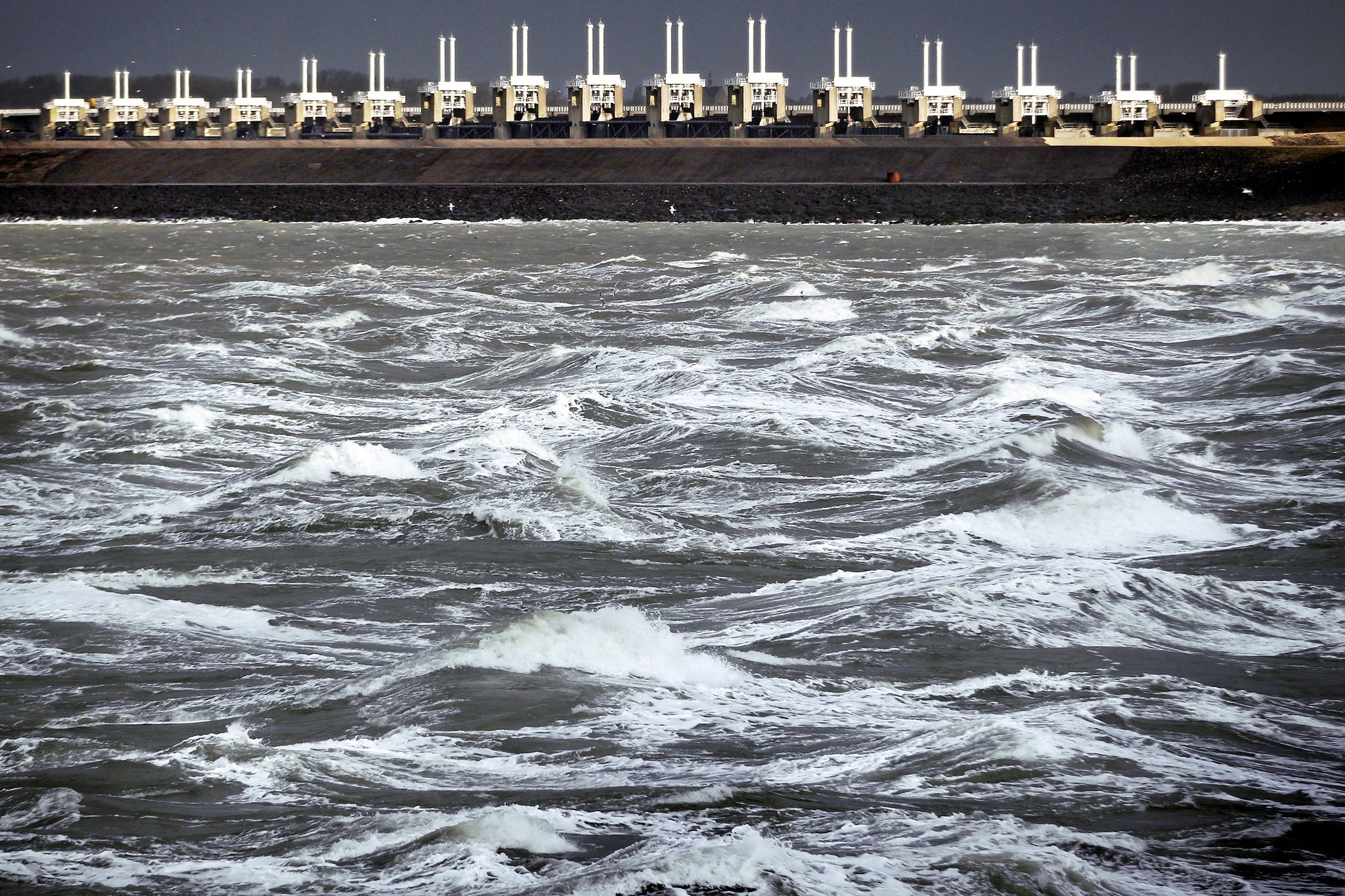 A six-mile-long barrier would help protect the city from floodwaters during fierce storms like Sandy, but critics say rising seas make the option inadequate.

Picture a storm charging toward New York City, pushing a surge of seawater like the one that flooded the region during Hurricane Sandy. But this time, man-made islands with retractable gates stretch from the Rockaways in Queens to a strip of land in New Jersey south of Staten Island.

The giant barrier is the largest of five options the Army Corps of Engineers is studying to protect the New York area as storms become more frequent, and destructive, on a warming Earth.

The proposals have sparked fierce debate as New York, like other coastal cities, grapples with the broader question of how and to what degree it must transform its landscape and lifestyle to survive rising seas.

Those who support a barrier miles from Manhattan’s coast — one in the outer New York Harbor, out of sight from many residents and tourists — say it would be the best solution for protecting the most people, properties and landmarks, including the Statue of Liberty, from a storm surge swelling the East and Hudson Rivers, without cutting off the city from its waterfront.