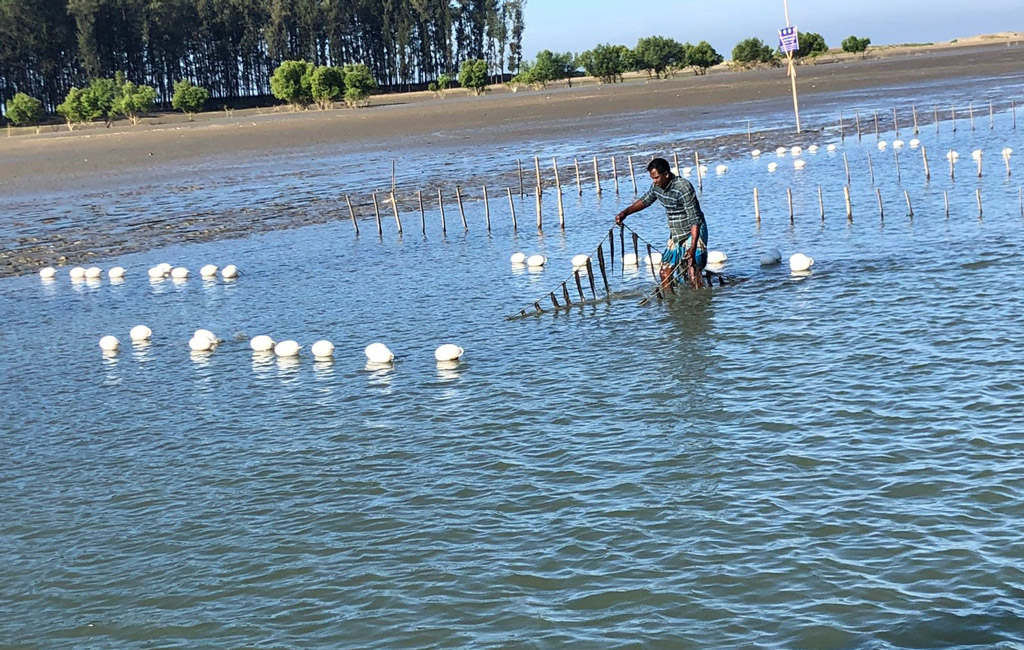 Seaweed production in Bangladesh can increase to 50 million tons by 2050, says a study

The coastal population in Bangladesh are gradually taking up cultivation of seaweed as a new source of livelihood due to its rising demand in the local and international market.

During a visit to Cox's Bazar, it was seen that a couple of women were cultivating seaweed at Rejukhal, a tidal canal with saline water into Bay of Bengal. They set a long queue of bamboo poles along the waterway, which is an artificial method of growing seaweed.

In addition to men, a significant number of women in Cox’s Bazar are also getting involved in seaweed processing and marketing as a new source of livelihood.

They are also involved in marketing of the seaweed. The raw seaweeds are usually sold at Tk60 per kg and the dry ones at Tk200 to Tk250.

The ethnic minorities in different upazilas of Cox’s Bazar and Chittagong Hill Tract are the main consumers of seaweed in the country right now.