International
Artist's impression of future coral growth potential. This is not a scientific illustration of the possible scale, species, or size of the corals. 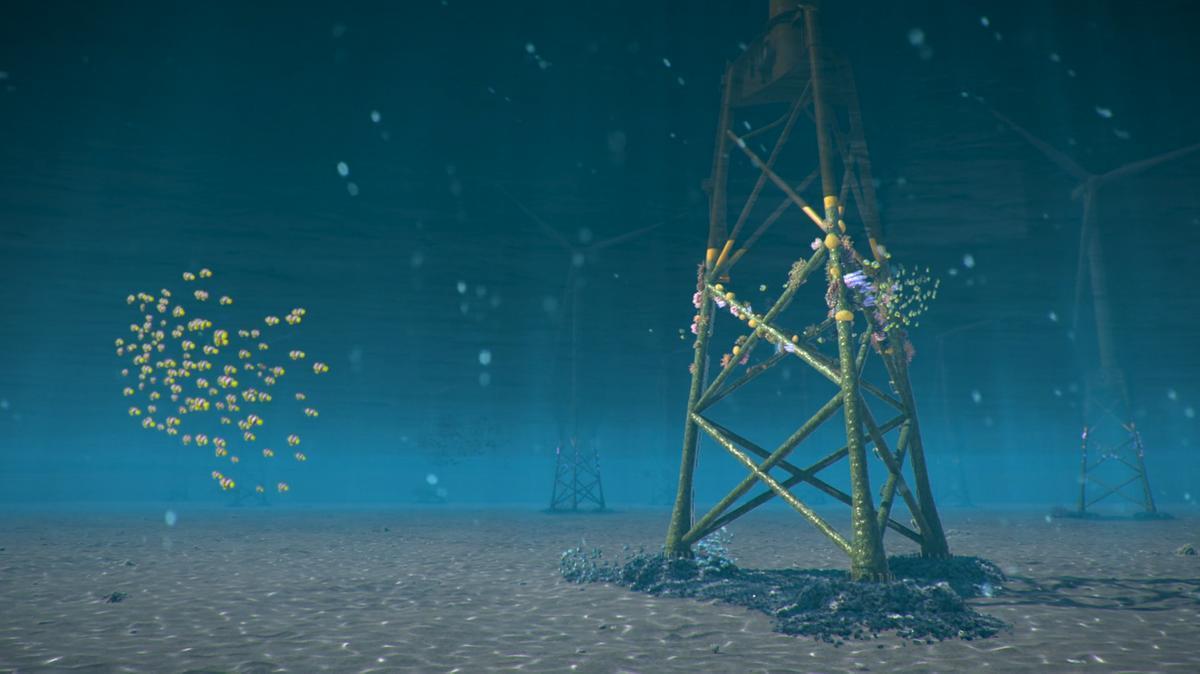 Wind developer Ørsted has launched a project which aims to support new reefs by growing corals on wind turbine foundations in waters off Taiwan.

Wind developer Ørsted has launched a project which aims to support new reefs by growing corals on wind turbine foundations in waters off Taiwan.

Dubbed “ReCoral”, the goal of the programme is to determine whether corals can be successfully grown on offshore wind turbine foundations and evaluate the potential biodiversity benefits this could bring.

According to the UN Environment Programme, coral reefs provide habitat for an estimated 32% of all marine species, but global warming and increasing sea surface temperatures can create a bleaching effect that threatens the survival of tropical coral reef ecosystems.

However, at wind farm locations further offshore temperatures tend to be more stable due to vertical mixing in the water column, which prevents extreme temperature increases.

Ørsted’s hope is that these locations can help limit the risk of bleaching and will enable healthy corals to grow on wind turbine foundations. Corals will also be grown close to the water’s surface to ensure sufficient sunlight.

So-called rig-to-reef schemes have been a staple route for oil and gas decommissioning for decades, though the practice is not universally accepted across all regions, and typically focuses on end-of-life disposal solutions for marine components such as platform jackets.

Ørsted’s programme instead proposes that reefs could be fostered over the operating life of the asset, as part of its target to achieve a “net-positive biodiversity impact” for all of its energy projects by 2030.

Beginning in 2020, biologists and marine specialists from the company teamed up with private and academic coral experts to mature and test the concept. Working with the Penghu Marine Biology Research Center in Taiwan, they developed a non-invasive methodology for coral seeding, in vitro fertilisation, larvae transport, and larvae attachment to wind turbine foundations.