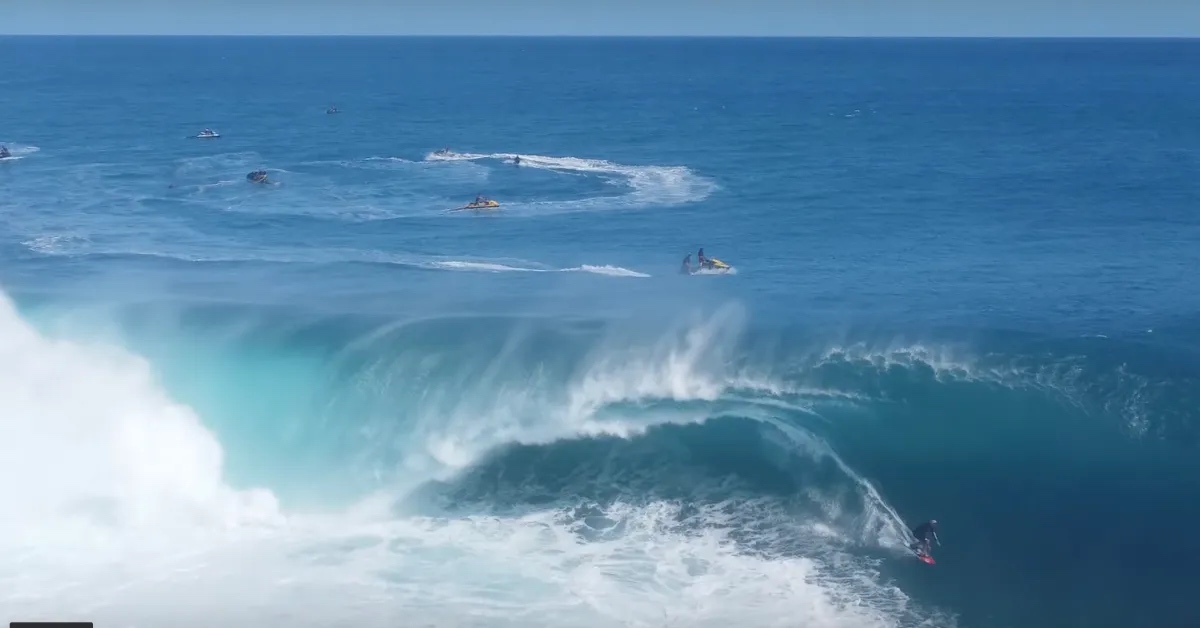 One of the many (admittedly less important) ways that expanding UAV use has revolutionized the ways people live, work, and even play is in providing drone video fans enhanced proximity and angles of surfing. One pilot has now taken that to new heights by giving the world new perspectives into the multi-faceted insanity of Tahiti’s monstrous Teahupo‘o.

There isn’t much known about UAV pilot and film creator Moana Peifer, whose 28 no-text and no-comment offerings on his YouTube channel don’t reveal any information about himself or his aerial hardware. Several of those GoPro and drone videos around Tahiti offer glimpses of himself and family members in beautiful locales – nice, but not enormous click producers.

But others now gaining considerably more attention are his recent drone videos taken above Teahupo‘o ­– which has been translated “the place of skulls” – and the surfers battling the massive waves, shallow reef below, and mind-blowing swarms of riders, boats, jet skis, and other obstacles that amass around it during big days.

The epic swells that rolled through Teahupo‘o in the past few weeks have been captured by professionals shooting from water level craft. But specialized surfing media and even generalist publications have also discovered and raved about Peifer’s amateur drone videos of the action, which include suitably crafted titles like “TEAHUPOO FEAR.”