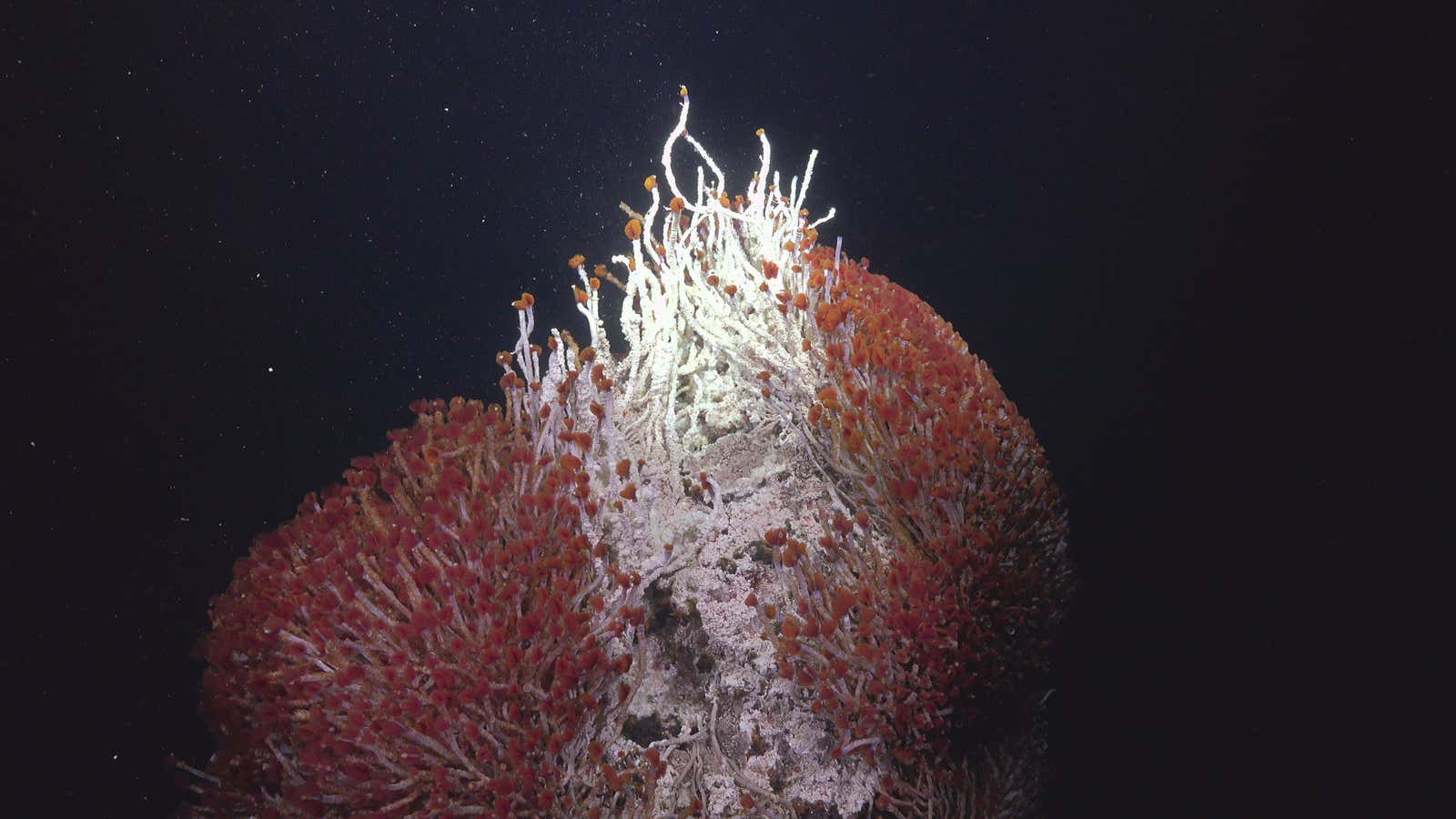 Images from a recent deep-sea expedition off the coast of Mexico sheds light on the little-understood life in the deepest oceans.

A deep-sea scientific expedition off the coast of Mexico has uncovered some weird stuff on the ocean floor, including six possibly newly discovered animal species of arrow worms, crustaceans, mollusks, and roundworms. The research crew also found striking hydrothermal vents fueled by geologic activity beneath the seafloor.

The expedition was led by a multidisciplinary group of scientists from Mexico and the U.S. and conducted over the course of 33 days off the coast of the Mexican state of Baja in the Gulf of California. Researchers used the Schmidt Ocean Institute’s research vessel and released images this week that reveal some of the secrets of deep-sea ocean life.