West Coast
Surfers participate in a paddle-out ceremony at the "The Ink-well," a beach historically know as a refuge for African Americans, to honor the life of George Floyd on Friday, Ashley LAnds AP 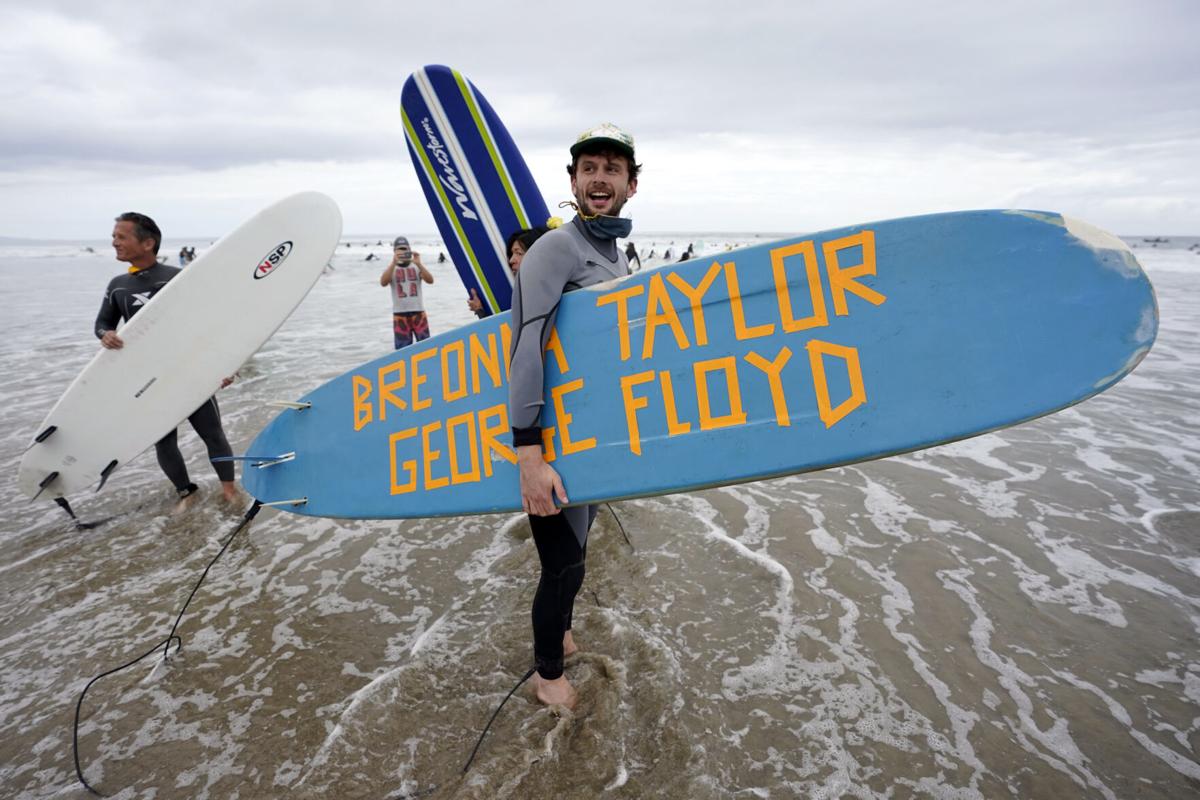 SANTA MONICA, Calif. — On a sliver of sand that before the Civil Rights era was derisively dubbed “The Ink Well” because of its popularity among black people, hundreds of surfers gathered to honor the life of George Floyd and other African Americans killed by police.

The occasion Friday was a paddle-out, a Hawaiian tradition to celebrate a life and mourn its passing, organized by Black Girls Surf to share the pain they are feeling with devotees of a sport that has not always welcomed them.

“This speaks so much more to people because if you think about black girls surfing in the ocean, people are like, ‘Ha, ha, you don’t surf,’” Sayuri Blondt said. “But when you see everyone coming out to support us, it sends a message in a very unusual way and catches people’s attention.”

More than 200 surfers of all ages and races paddled through a set of crashing waves under cloudy skies to form a massive circle near the Santa Monica Pier, where they chanted Floyd’s name nine times to mark the nearly nine minutes prosecutors say his neck was pinned to the ground under the knee of a white Minneapolis police officer.

They also sang “Happy Birthday” in memory of Breonna Taylor, who was shot in March by Louisville, Kentucky, police officers and would have turned 27 Friday.