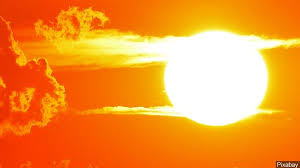 This year is shaping up to be one of the warmest years on record – if not the warmest. This is particularly noteworthy because 2020 is likely to see neutral El Niño/La Niña conditions that will play little-to-no role in boosting annual temperatures.

The first three months of 2020 were the second warmest on record, behind only the super-El Niño-fuelled 2016. The past 12 months were also nearly tied for the warmest 12-month period on record. Near-record sea surface temperatures have driven extensive coral bleaching during the southern hemisphere summer.

Global temperatures are currently running at or above the level projected by the generation of climate models featured in the 2013 Intergovernmental Panel for Climate Change (IPCC) fifth assessment report (AR5).

Global sea level continues to rise in 2020. This is being driven by melting glaciers and ice sheets, as well as the thermal expansion of water as it warms. Arctic sea ice currently is on the low end of its historical range after seeing the joint-second lowest minimum Arctic sea ice extent on record in 2019, while Antarctic sea ice is closer to normal levels for this time of year.