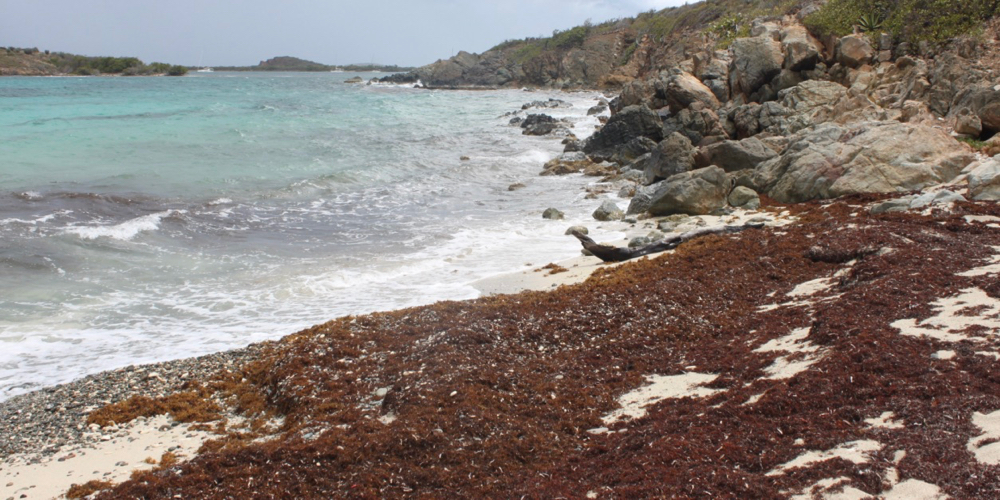 In the last decade, summer in the Caribbean has become sargassum season.

As the floating mats of brown seaweed known as sargassum continue to swamp Caribbean beaches summer after summer, the search is widening for a way to turn a nuisance into a gift.

Take a few minutes and look online. Someone, somewhere, is advocating processing sargassum into cosmetics, sunscreen, nutritional supplements, hair treatments, biofuel, paper, shoes, bricks, livestock feed and more. One of the most popular ideas for a sargassum product is fertilizer.

In the Virgin Islands, some farmers use raw sargassum cleared from shoreline areas to spread on their crops, Agriculture Commissioner Positive Nelson said. The department is not involved in those efforts, nor is it involved in research on sargassum, he said, because it does not have the necessary resources for the work.

International experiments and commercial ventures around mulch, compost and fertilizer began while the Sargasso Sea, which encompasses Bermuda at its western edge, was still the primary source of occasional drifting clumps of seaweed in the Atlantic and Caribbean.

That was well before 2011 when the “golden tides” of sargassum that have become an annual phenomenon in Mexico and throughout the Caribbean first appeared. More recently, satellite imagery tracked the Great Atlantic Sargassum Belt – the largest algae bloom ever known, estimated by NASA to weigh 20 million tons in 2018 – that stretches between the west coast of Africa and the Gulf of Mexico.

University of the Virgin Islands researcher Edwin Cruz Rivera said the ideal way to handle thick blankets of sargassum that wash up on shore, clogging beaches, rotting, smelling and generally causing a nightmare for tourist destinations like the Virgin Islands, would be to get the seaweed back into the ocean before it and the sea creatures it carries decompose. But clearly, he said, “that’s not a practical solution.”