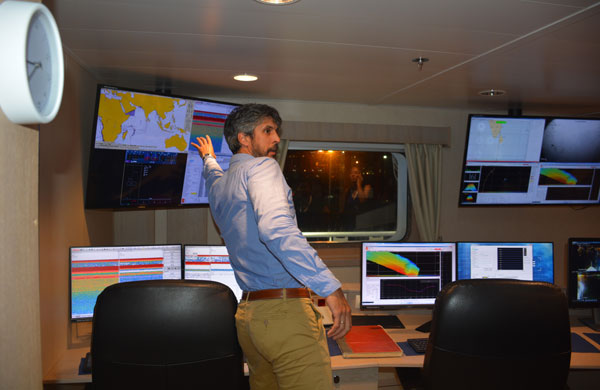 It is to Sri Lanka’s credit that there are so many bodies engaged in ocean science research but it is vital that data is pooled so that the country can learn how to use marine resources without destroying them, a leading scientist said.

Professor Charitha Pattiaratchi’s call comes at the start of the United Nations’ Decade of Ocean Science for Sustainable Development (2021-31), aimed at raising awareness of the challenges and opportunities provided by the oceans.

Among the many government agencies involved in marine research are the National Aquatic Resources Research and Development Agency (NARA), Department of Fisheries Resources, Department of Coast Conservation, the navy and coast guards, as well as the Department of Meteorology and the Disaster Management Centre, which collect data on specific aspects of oceans.

Then there are the universities conducting oceanic research, with the Ocean University and University of Ruhuna in the lead. Added to this are non-governmental organisations and private research bodies studying ocean sciences.

“It is important to share data and to have proper coordination of the different responsibilities in order to achieve better results in the area of ocean science” said Dr. Pattiaratchi, Professor of Coastal Oceanography of the University of Western Australia’s Ocean’s Institute.

“Sri Lanka also has an International Centre of Excellence on the Marine Environment sponsored by the Indian Ocean Rim Association (IORA). This has been dormant for many years and the ocean decade could be a good starting point to reactivate it,” Prof. Pattiaratchi pointed out.