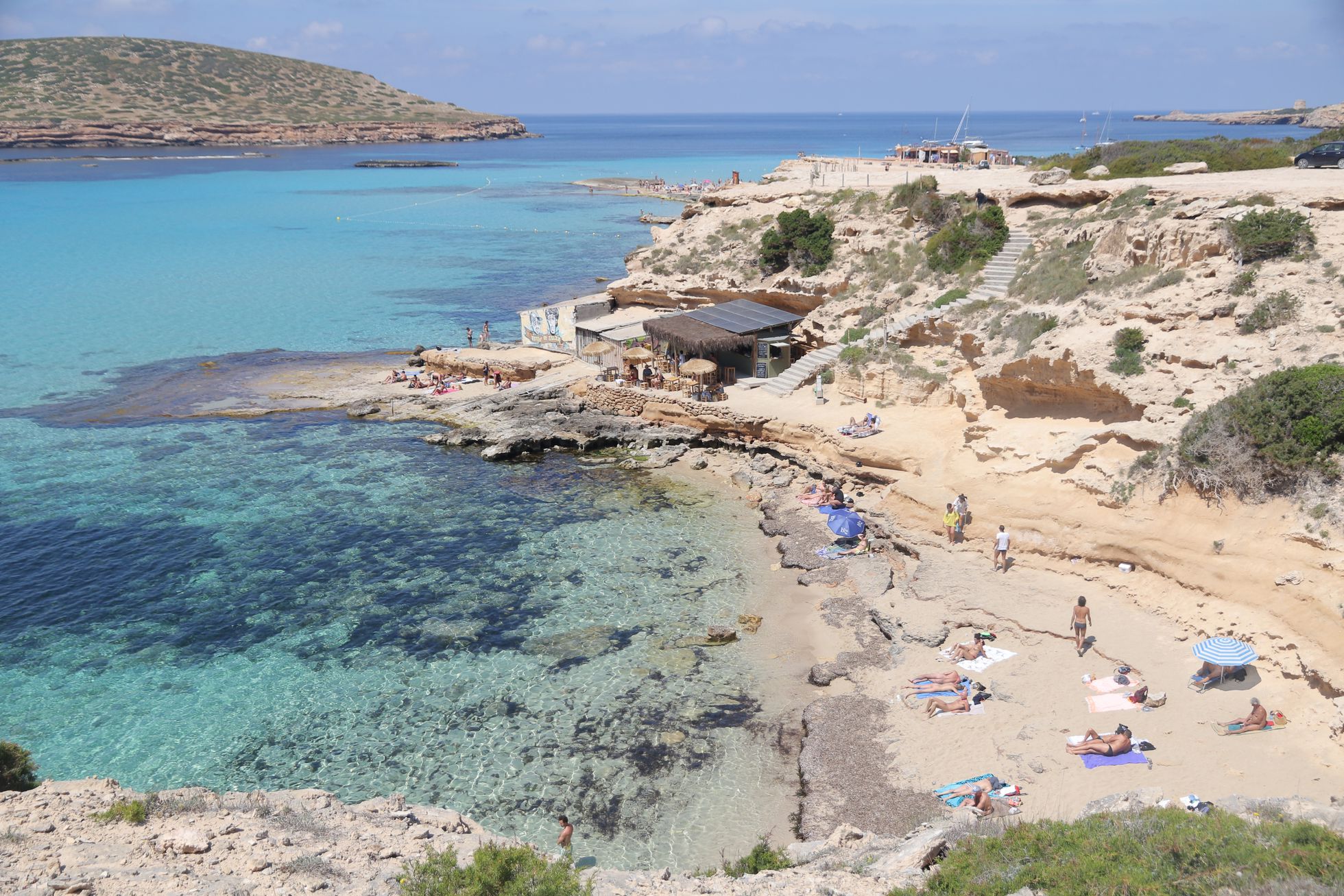 Spain - Why nudists are being pushed out of Spain’s beaches

Mass tourism, pressure from urban development and the ubiquitous cellphone camera are all working against naturists who are calling for the practice to be respected

To the west of Ibiza, in the municipality of Sant Josep de sa Talaia, a town of 27,413 inhabitants, there is a tiny beach that lies at the foot of a cliff, officially known as Es racó d’en Xic. Unofficially, it is called Cala Escondida, which is the name of the beach bar that opened there seven years ago. An ecological establishment, the bar has just a handful of dishes on its menu as well as exquisite passionfruit cocktails, and allows patrons to dine naked at its clutch of tables. Nudism is popular on this idyllic sandy beach in Spain’s Balearic Islands. “Everyone goes as they please,” says Tess Harmsen, who runs the bar and who has noted that the practice of nudism is on the wane. “Before it was common to see people without clothes at the tables, but now they are the exception. It’s the same on the beach.” Originally from the Netherlands, Harmsen is not the only one to notice naturism’s downturn; the situation is the same along most of the Spanish coast, according to various naturist associations consulted by EL PAÍS. The crowds of tourists, pressure from real estate developments and the omnipresence of cellphone cameras are some of the main factors behind the decline.

In Spain, there are about 450 nudist beaches as well as various public swimming pools and stretches of marshland or riverbanks specific to the practice, according to the Spanish Federation of Naturism (FEN). But Ismael Rodrigo, the FEN president, points out it is “perfectly legal” to go without a swimsuit or bikini on any of the more than 3,000 beaches throughout the country. The Costa del Sol in the south of Spain and Ibiza were pioneers in this respect, even during the Franco dictatorship, and became synonymous with nudist beaches.

Patricia Soley-Beltrán, an anthropologist who studied at Barcelona University and has a PhD in Gender Sociology from Edinburgh University, explains that going topless gained momentum in the 1980s and was not just a gesture of freedom, but also a way for women to assert themselves. “They were saying in effect that we are masters of our own bodies,” says Soley-Beltrán, whose book Divinas! Modelos, Poder y Mentiras (or, Divine beings! Models, Power and Lies) was published in 2015. Nudism was also a way of connecting with the body, having contact with nature, promoting respect for the environment and stripping nakedness of the sexual connotation that advertising insists on giving it.