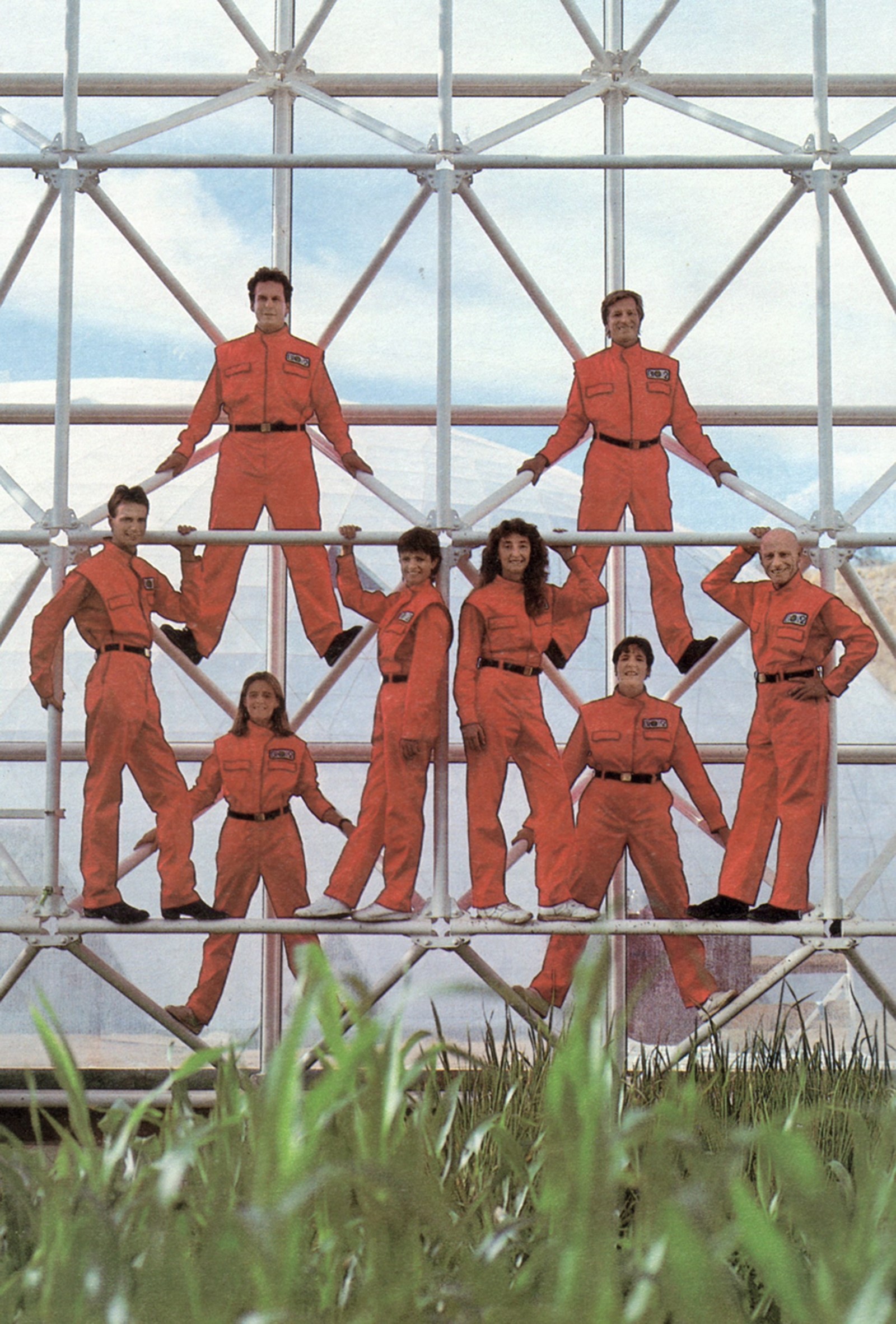 Int'l - Spaceship Earth: The Inside Story of the Biosphere 2 Experiment

As Matt Wolf’s documentary Spaceship Earth is released digitally, one of the founding members of Theatre of All Possibilities, Kathelin Gray tells her story

Matt Wolf’s documentary Spaceship Earth, which premiered at this year’s Sundance Film Festival – and released digitally worldwide last Friday – charts the determination of a group of countercultural visionaries who used art and community to foster a connection with nature. Named Theatre of All Possibilities, the artistic-practice network built a junk rig ship that has sailed for the past 40 years, from which researchers have studied whales, coral reefs and disappearing tropical cultures. In the 1980s they designed airtight geodesic structures for the study of complex, evolving life systems, making unprecedented waves in the sphere of ecological study. As we reach the tipping point of a worldwide climate crisis, one of the collective’s founding members, Kathelin Gray, paints an inspiring tribute to its remarkable achievements.

Once upon a time at a bus stop in San Francisco’s North Beach, May 1967, on my way to a dance rehearsal, I encountered a raw-boned man named John Dolphin Allen. I had been raised among geologists and recognised the fire in his eyes as that of a fellow explorer: a treasure hunter like Walter Huston’s character in The Treasure of the Sierra Madre. A bibliomaniac and polymath, John spied the book I carried – René Daumal’s mid-20th century novella, Mount Analogue: A Novel of Symbolically Authentic Non-Euclidean Adventures in Mountain Climbing (see notes: 1), about a motley group of artists, scientists, philosophers and adventurers who form an expedition to an undocumented island in the South Pacific. I wanted to launch an expedition into history, like the book. So did John. He was planning to pass through San Francisco, but decided to stay on – a student of history, he had realised there was a rare opportunity in that moment of us meeting. We began a lifelong friendship and collaboration, and that night, we called friends to join us. The aim was simple: to make a difference.

A spirit of social experimentation, vigour and optimism filled the streets that summer in San Francisco. With the freedom of having nothing to lose came political demonstrations, concerts and large cultural manifestations that called for new values and identities. Most people knew then that there would be a backlash, but many lived in hope that social and economic justice could be achieved in our lifetimes. It was obvious that a radical re-evaluation of human society was essential to avoid planetary ecological catastrophe.

In August 1967, John, Marie Harding and I (2), together with five other friends, moved into a Victorian house on Sutter Street, near the Pine Street Commune and the Avalon Ballroom. We opened a cafe to support ourselves, while theatre offered the protected inner space we needed to investigate these goals. We created Theatre of All Possibilities (TAP) to investigate history through the lens of drama. We asked how to integrate the artists’ conscience into a new societal form, inspired by developments in science and technology as well as a deep connection to the natural world. We sought a world in which an artist could live free from poverty and alienation, where an artist’s life is her most important work. We studied the history of revolutions and of group-living experiments.