Northeast
John LaCroix remembers when the beach in front of Matunuck's restaurants was wide enough to set up rows of picnic tables, or play a game of football. SOFIA RUDIN / THE PUBLIC'S RADIO 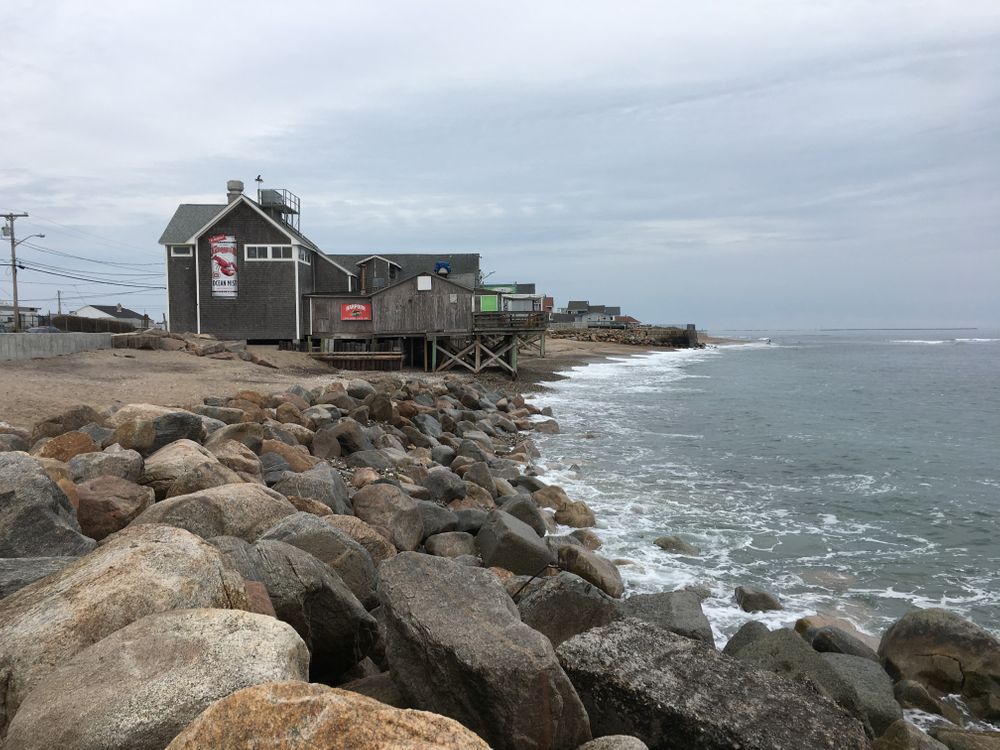 South Kingstown’s beaches are shrinking, and the town’s identity is at stake

Sea level rise and intensifying storms are speeding up erosion of Rhode Island’s coast. Homes, businesses and residents are at risk in unprecedented ways. Communities are wrestling with a daunting question: when is it time to retreat from the sea. In South Kingstown, that’s a question that threatens the core identity of the town. (Note: first of multipart series on sea level rise in Rhode Island)

Growing up, John LaCroix spent every possible moment at the beach.

“I’ve been blessed to spend 60 some odd years near the beach,” he reflects. “Sixty-eight years of sunsets and sunrises. It’s kind of a great thing to have.”

I’m standing with him across the street from the wood-shingled beach cottage his parents bought in the 50s. We’re leaning against a gate, peering between two ocean-front cottages. In the distance, you can just see Block Island through the haze.

But today, waves crash just a few dozen feet from where we’re standing, tumbling pebbles as they go. Beachfront restaurants jut out over breaking waves, supported by a lattice of thick wooden struts.