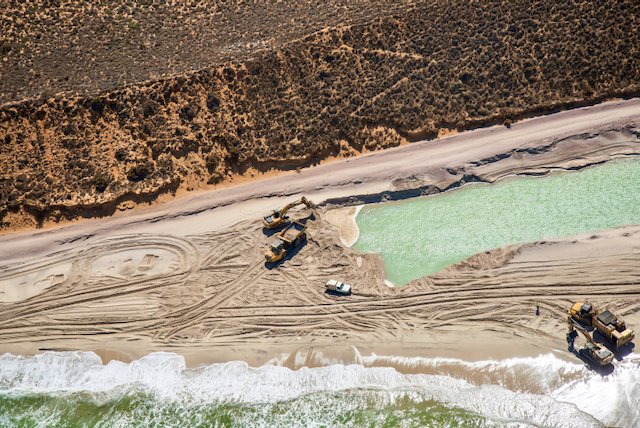 Government is facing a High Court challenge that goes to the heart of a surge in mining and prospecting applications along several hundred kilometres of the West Coast and offshore.

The legal challenge is to specific decisions taken by the government: its approval of a massive expansion of the current Tormin mineral sands beach mining operation near Lutzville, and its dismissal of appeals against this decision.

However, environmentalists are hoping that a favourable judgment might also force the government to implement a comprehensive strategic assessment of the cumulative impacts of mining in this region, both on land and offshore, before approving more mines.

Much of the land area affected by mining has already been proclaimed as Critical Biodiversity Areas (CBAs) under South Africa’s international obligations to the Convention on Biodiversity that it signed in January 1996.

Both the Department of Environment, Forestry & Fisheries and the SA National Biodiversity Institute (SANBI) are currently in the process of identifying additional CBAs and EBSAs (Ecologically or Biologically Significant Marine Areas) as part of their efforts to protect biodiversity and fulfil South Africa’s commitments to the Convention.