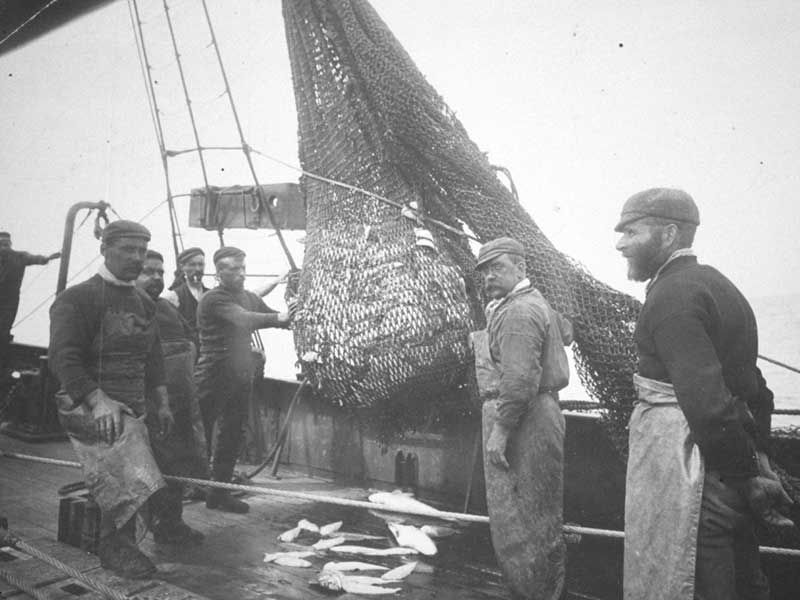 By retracing the steps of scientists working at the turn of the last century, modern researchers document how fish communities have been altered

From 1897 to 1906, J. D. F. Gilchrist, a marine biologist for the former British Cape Colony in what is now South Africa, repeatedly set out aboard the SS Pieter Faure to document the sea life of the Agulhas Bank, off Africa’s southern tip. In a series of surveys, he used trawl nets to snag fish from the bank with the aim of determining whether it could support industrial fishing.

Gilchrist’s research was meticulous. He made thorough notes of currents, the seafloor, and where each kind of fish was found. His records show a sea teeming with kabeljou, with several hauls bringing in thousands of these fish from the deep. The surveys ushered in a booming fishing industry. Soon, trawl nets overflowed with cob, panga, and east coast sole, scraped from the brimming belly of the Agulhas Bank.

One hundred and eleven years later, Gilchrist’s data is an oddity—and an opportunity. It offers a detailed glimpse into the state of long-exploited fishing grounds before industrial fishers began picking them clean.

On the lookout for a topic for his doctoral thesis, marine scientist Jock Currie, who is now a postdoctoral researcher at the South African National Biodiversity Institute, wanted to replicate Gilchrist’s detailed surveys to see how much things had changed. But to make the comparison as accurate as possible, he needed to conduct the repeat surveys with the same fishing gear that was used from 1897 to 1906.