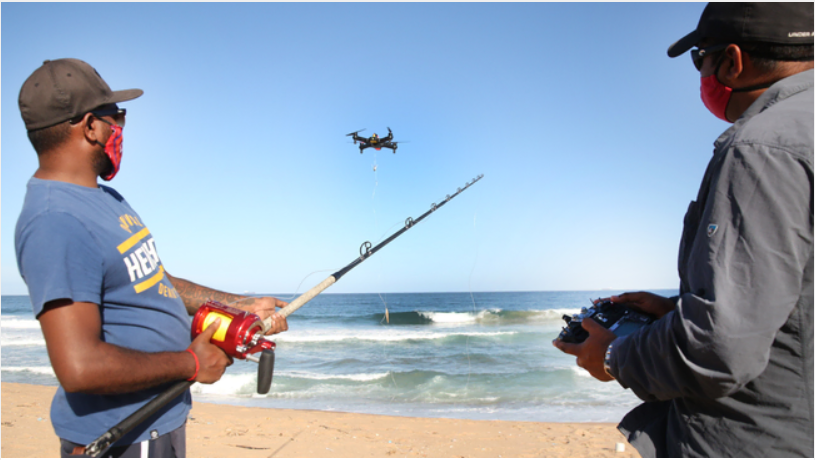 South Africa - Anglers Take to the Skies With Drones

Durban - The legal, ethical and environment waters of drone angling are murky and heavily contested but stakeholders from all sides of the multimillion-rand industry agreed that government intervention was required.

Drone angling has grown exponentially with the country being a global leader in innovation and exportation. Traditionally an angler’s reach would be as far as they could cast their bait and line but drones are used to extend that reach as bait gets flown and dropped deeper out at sea.

Popular brands included DJI, SwellPro, and Gannet with prices starting at around R5 000. Depending on specifications, tackle, and other fishing requirements like rods, receipts could total to about R100 000.

“Deeper waters beyond casting range serve as refuges to certain fish species and now these previously untouched areas can be exploited. The populations of many important recreational angling fish species have been categorised as collapsed.

“The use of extremely effective technology, such as drones, will put more pressure on some of these already vulnerable populations like silver and dusky kob and may drive them over the edge,” he said.