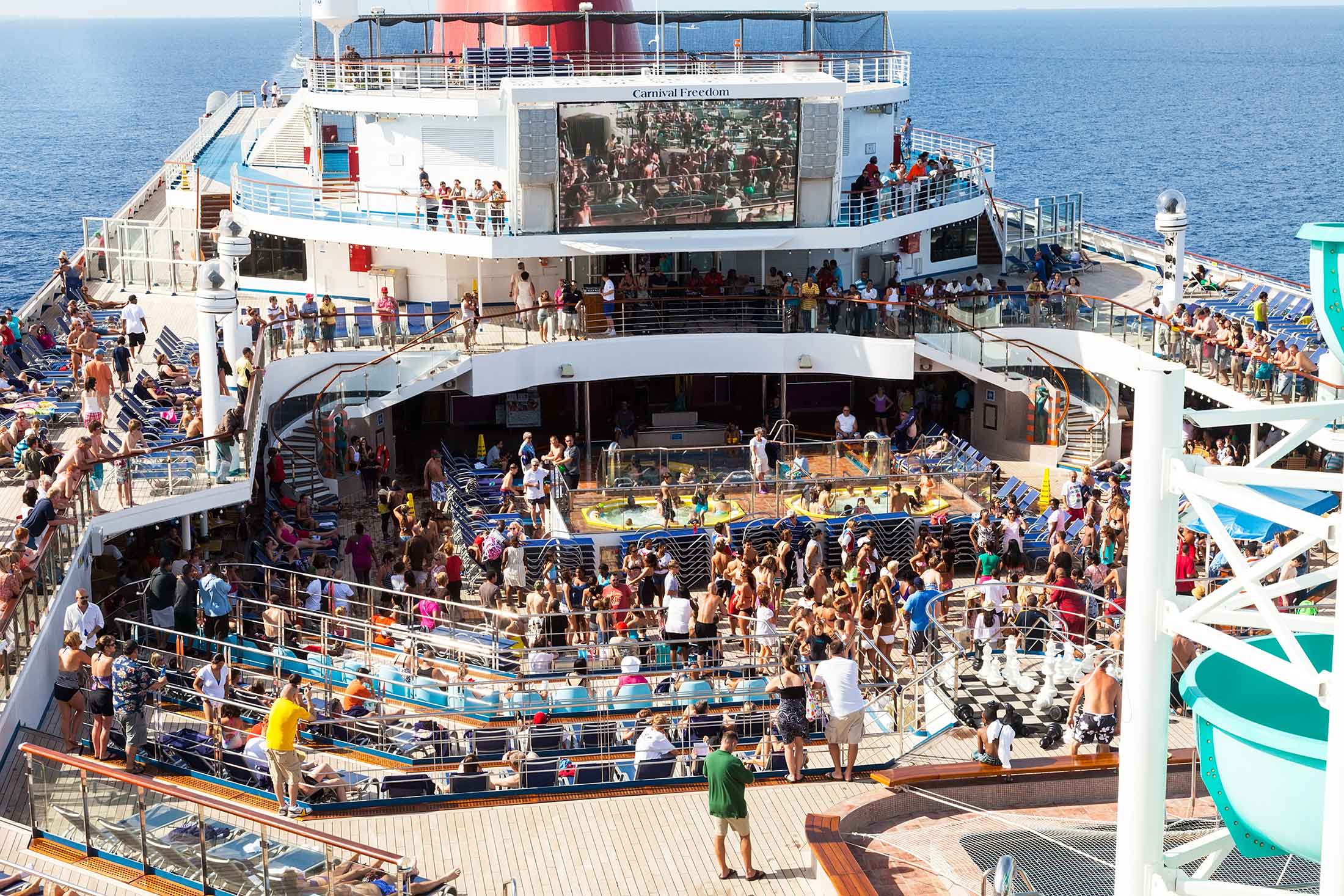 Socially Distance This - Carnival Executives Knew They Had a Virus Problem, But Kept the Party Going

More than 1,500 people on the company’s cruise ships have been diagnosed with Covid-19, and dozens have died.

The news, when it reached the Grand Princess early on March 4, barely registered at first. In a letter slipped under passenger cabin doors, Grant Tarling, Carnival Corp.’s chief medical officer, announced that the U.S. Centers for Disease Control had begun “investigating a small cluster” of Covid-19 cases in California that might have been linked to the ship. Thirteen days after leaving San Francisco for Hawaii, the vessel would be skipping a scheduled stop in Mexico on its return voyage and sailing back early to its Bay Area port.

That day, passengers noticed new hand sanitizer stations and crew members wearing gloves, but life on the Grand Princess, which advertises 1,301 cabins, 20 restaurants and lounges, about a dozen shops, and four freshwater swimming pools, otherwise went on as normal. Guests prepared for a ukulele concert, played bridge at shared tables, and took line-dancing classes. That night, Laurie Miller and her husband, John, attended True or Moo, a show featuring an emcee in a cow costume; the following morning, John joined about 200 other passengers in the ship’s Broadway-style theater for a lecture on Clint Eastwood movies. “I’m surprised they’re even letting this event happen,” he whispered to a nearby friend. “This is a big crowd.”

Around lunchtime on March 5, the ship’s captain, John Smith, announced a quarantine over the ship’s public address system. All 2,422 passengers needed to go to their cabins to shelter in place. Laurie Miller was in the Da Vinci dining room eating chocolate peanut butter ice cream. “Oh my God,” she remembers thinking. “This is real.” Then she ordered more ice cream.