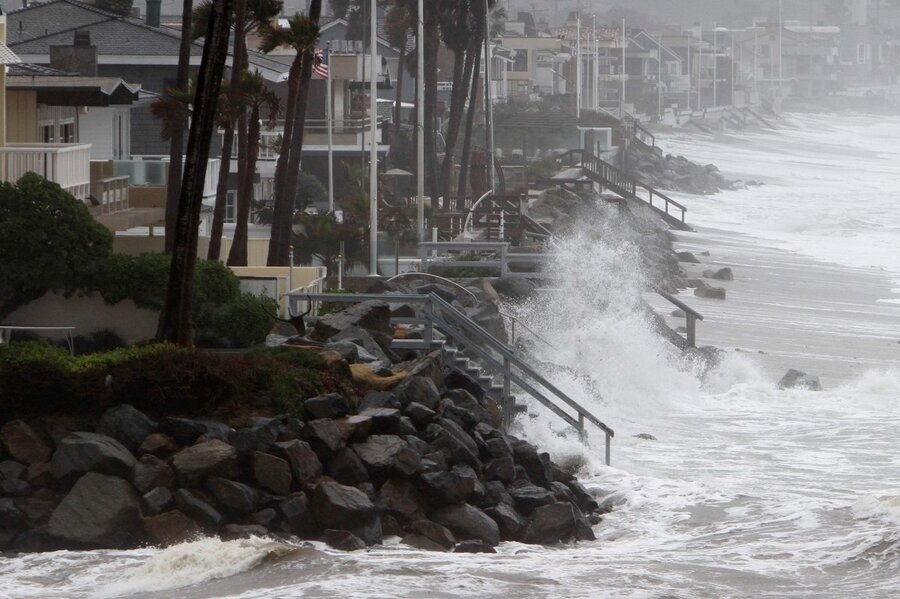 As rising seas encroach upon coastal communities in California, cities are preparing to buy up vulnerable property and encourage residents to move inland in a “managed retreat.” It’s one of the state’s many initiatives to mitigate the effects of climate change.

urrounded on three sides by the San Francisco Bay, residents of Richmond are used to being near the ocean. But as rising seas threaten to bring it even closer, Mayor Tom Butt is candid about the risks.

“It basically takes out a significant chunk of Richmond,” he said from the low-lying peninsula city, where little more than a road or narrow beach separates the ocean from densely populated neighborhoods, elegant seaside mansions, and cliff cottages.

Parts of Richmond are estimated to be at risk from a three-foot increase in sea levels, even as the waters of the Pacific Ocean along California’s coast are projected to rise by more than twice that due to climate change this century.

From building sea walls to nurturing “living” seashores, an array of potential solutions have been discussed by local authorities up and down the coast, but all are expensive and none had come up with a way of addressing the cost – until now.

Under a new state bill, a “revolving” fund would be set up to provide soft loans for cities like Richmond to buy vulnerable seaside properties from willing sellers, and then rent them back to the owners or tenants for as long as they remained habitable.