Mid-Atlantic
Coastal flooding is of growing concern across Tidewater Virginia and in other coastal areas worldwide. (Photo by J.D. Loftis/VIMS) 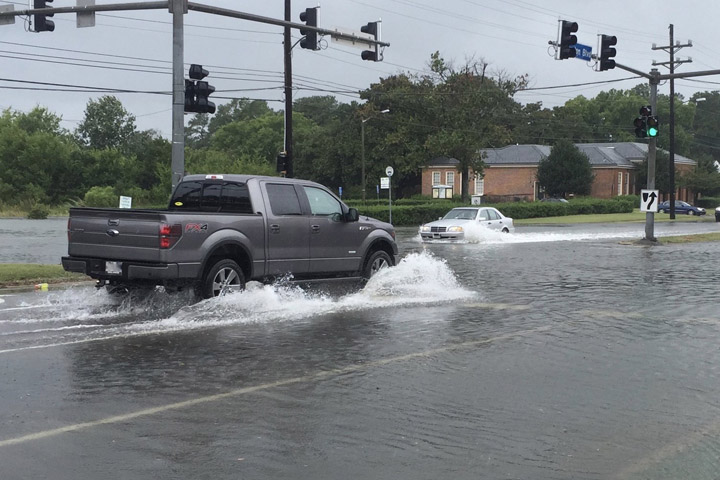 The annual update of their sea level “report cards” by researchers at William & Mary’s Virginia Institute of Marine Science adds evidence of an accelerating rate of sea-level rise at nearly all tidal stations along the U.S. coastline.

The team’s web-based report cards project sea level to the year 2050 based on an ongoing analysis of tide-gauge records for 32 localities along the U.S. coast from Maine to Alaska. The analysis now includes 51 years of water-level observations, from January 1969 through December 2019. The interactive charts are available online at www.vims.edu/sealevelreportcards.

The project’s founder, VIMS Emeritus Professor John Boon, says, “The key message from the 2019 report cards is a clear trend toward acceleration in rates of sea-level rise at 25 of our 32 tide-gauge stations. Acceleration can be a game changer in terms of impacts and planning, so we really need to pay heed to these patterns.”

VIMS marine scientist Molly Mitchell says, “Seeing acceleration at so many of our stations suggests that — when we look at the multiple sea-level scenarios that NOAA puts out based on global models — we may be moving towards the higher projections.” Mitchell has partnered with Boon to generate the last two annual report cards.