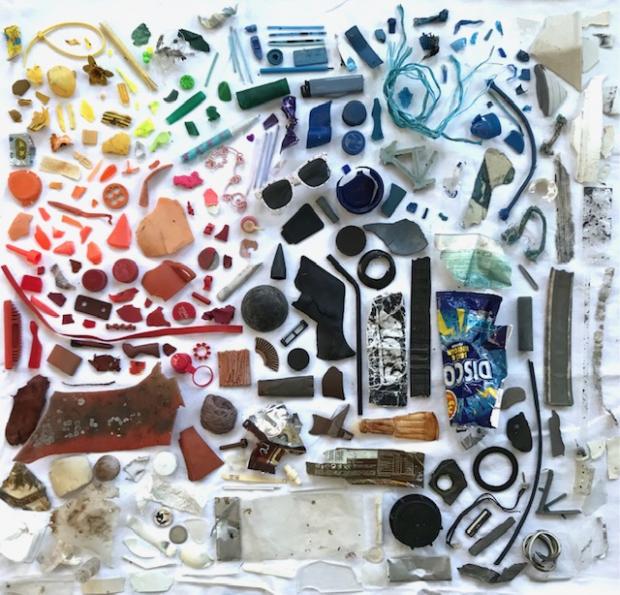 SCT - Beach plastic: the truth according to those who pick it

HANGING from the wall in the half-light of a shed at the back of Tommy Dale’s house in East Lothian are two dead guillemots.

At first glance, the birds almost seem like a still-life from the 17th century, wretched trophies of a game shoot but then I notice the entanglements they hang from. One guillemot’s wings are caught in a pandemic face mask; the other’s beak is trapped in a knot of blue fishing net. They are not game but the casualties of waste.

Dale, whose family have been farming in the area of Seacliff beach for generations and runs various composting and waste businesses, recalls how he first found the mask-entangled bird lying on the beach while on a walk below Tantallon castle.

“It was one of the saddest things I’ve ever seen,” he recalls. “This guillemot had been swimming in the Firth of Forth, dragging this facemask behind it like a parachute. It couldn’t catch any food and eventually it died and came ashore.”

His response to this find was to put up a post on the Facebook page of his composting business, Caledonian Horticulture. It was coming up to World Ocean Day and already he had been a driving force behind the Big Beach Clean, a series of cleans along the east coast from Berwick-upon-Tweed to Edinburgh. He held the two guillemots, the one found recently, the other a year previously, and made a speech to camera.

“Nature is suffering terribly,” he said. “These two poor guillemots suffered awful deaths… both had been entangled up in marine litter. This is not acceptable to me and so today I pledge my commitment to clean up our coasts over the days, weeks and years ahead, and ask that you join me in the Scottish coastal clean up.”