International
The destroyed Lion's Head lighthouse following a winter storm that hit the area on the Jan. 11 weekend. SUPPLIED PHOTO by Ethan Meleg 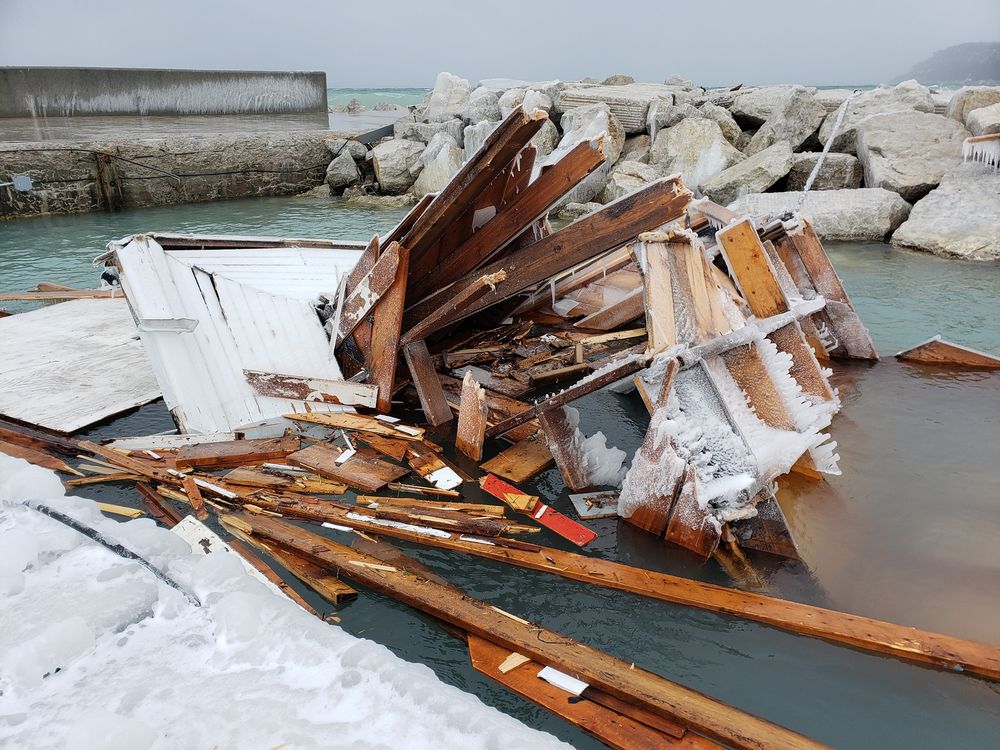 Saugeen Ojibway Nation officials say so many permits are being sought for emergency shoreline repairs, caused by record-high water levels, that a meeting is needed to consider natural, long-term solutions in SON traditional territory.

From Collingwood up to Tobermory and down to Grand Bend, SON’s Environment Office receives a notification from the Ontario Ministry of Natural Resources and Forestry every time a provincial work permit for shoreline repairs is requested.

News of high-water impacts made headlines around the Lake Huron and Georgian Bay shorelines following storms this fall.

Goderich is installing armour stone along parts of its shoreline to better protect it and its water treatment plant.

Waterfront paths have been closed in Owen Sound and Saugeen Shores due to high water, the Lion’s Head Lighthouse was destroyed and waves exposed a water line and threatened a pavilion in Meaford’s Memorial Park.

No meeting date has been set, said Doran Ritchie, who reviews each permit application and forwards it to the appropriate SON advisor. He’s the infrastructure and resources manager with the SON Environment Office.

But he’s spoken with the MNRF about the need for a meeting involving provincial and federal authorities, conservation authorities and municipalities to consider a more naturalized shoreline management approach over man-made solutions.

The current go-to approach favours engineered solutions, such as armour stone barriers to protect the shoreline from waves. But nature has shown these aren’t always the best solutions, Ritchie said.

“The municipalities around Georgian Bay, Lake Huron, are experiencing increasing water levels, shoreline erosion. Infrastructure is being compromised, land use is also being compromised,” Ritchie said in an interview Friday.

“No one is considering alternative use for those areas. No one’s considering moving infrastructure away from those areas affected. And our position is, the lake is where it’s going to be and we cannot influence that,” Ritchie said.