International
Corals in the Gulf of Aqaba / CREDIT Ove Hoegh-Guldberg 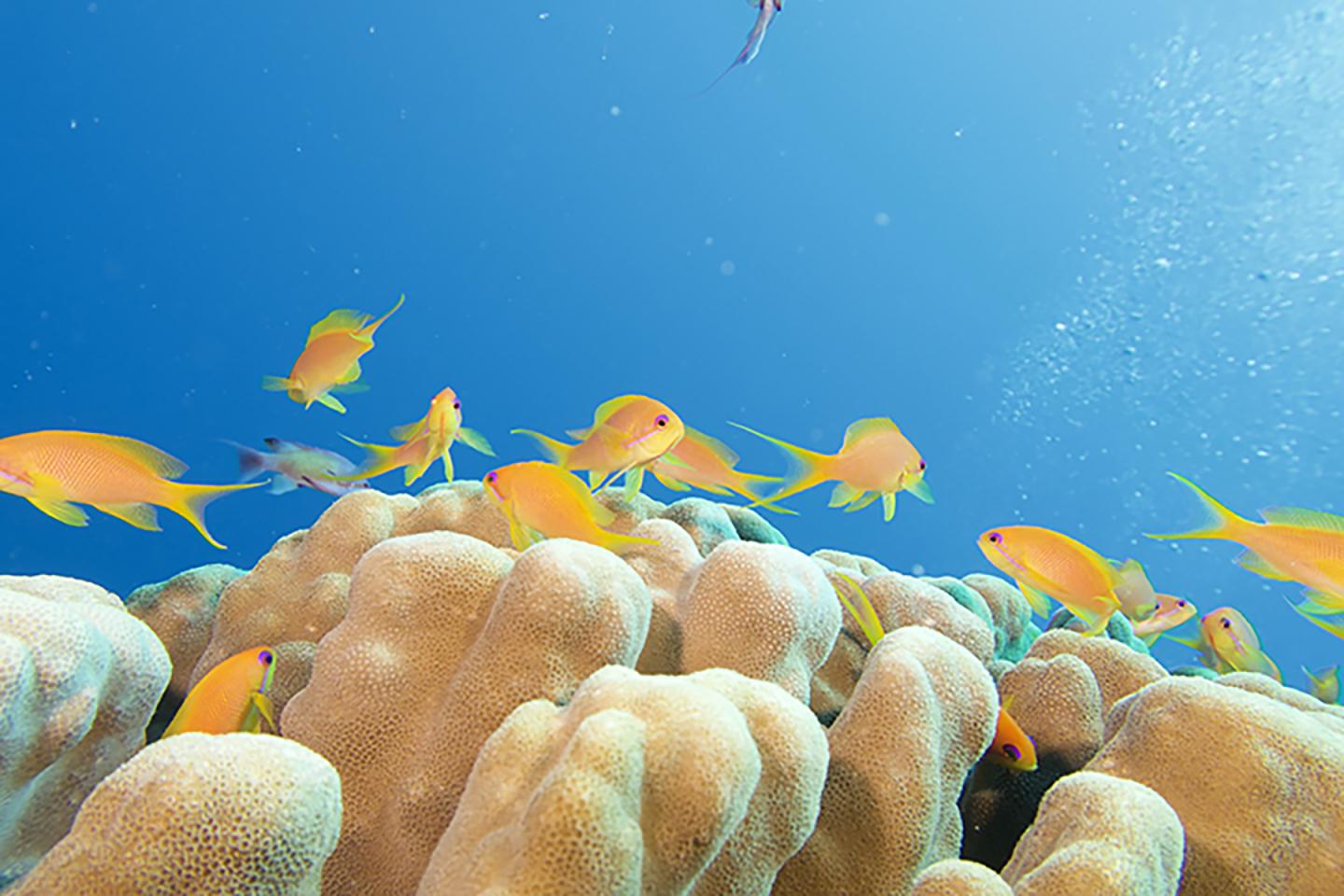 Red Sea corals and especially corals of the Gulf of Aqaba in the northern Red Sea may be one of the last reefs to survive the century. Scientists estimate 70 to 90 percent of all coral reefs will disappear by mid-century, primarily as a result of climate change and pollution.

In the Frontiers in Marine Sciencepaper, an exceptionally broad scientific perspective is shared in a call to action to save the Red Sea's coral reef, with authors who have studied it while based in Egypt, Jordan, Israel, Saudi Arabia, Switzerland, Australia and the United States.

The Red Sea's reef runs along 4,000 Km of coastline and is an important source of income and food for a rapidly growing population of more than 28 million.

STONY BROOK, NY, March 5, 2020 - An international group of researchers led by Karine Kleinhaus, MD, of the Stony Brook University School of Marine and Atmospheric Sciences (SoMAS), calls upon UNESCO to declare the Red Sea's 4000km of coral reef as a Marine World Heritage Site and recommends additional measures critical for the reef's survival. Published in Frontiers in Marine Science, the article cites that while Rapid Ocean warming due to climate change is predicted to decimate 70 to 90 percent of the world's coral reefs by mid-century, the coral reef ecosystem in the Red Sea's Gulf of Aqaba is strikingly resilient to rising sea temperatures.

Corals in the Gulf of Aqaba, at the northernmost portion of the Red Sea, withstand water temperature irregularities that cause severe bleaching or mortality in most hard corals elsewhere. This uniquely resilient reef employs biological mechanisms which are likely to be important for coral survival as the planet's oceans warm. But while the Gulf of Aqaba could potentially be one of the planet's largest marine refuges from climate change, its reef will only survive and flourish if serious regional environmental challenges are addressed.

"Corals of the Gulf of Aqaba, in the northern Red Sea, may constitute one of the last reefs to survive the century, so it's crucial that countries coordinate on Gulf-wide research and conservation efforts despite regional political tensions," said Dr. Kleinhaus, Visiting Associate Professor at SoMAS. "My co-authors have studied the Red Sea's corals while based in Egypt, Israel, Jordan, Saudi Arabia, Australia, the United States and Switzerland. Their exceptionally broad scientific perspectives and deep expertise underpin our discussion of the value and significance of the Red Sea's coral reef, the threats it faces, and the steps that can be taken now to preserve it."

The authors point out that coral reefs of the Red Sea provide food and a source of livelihood to a rapidly growing population of over 28 million people living along its coastline, and are a uniquely rich potential source of new medicines. However, as towns and cities continue to grow along the Red Sea, these areas generate substantial local pressure on its reefs. Some portions of the reef have already been heavily damaged by uncontrolled tourism, human population expansion, overfishing, and coastal development that has led to pollution and a decline in coastal water quality.

Despite existing environmental stressors and newly emerging threats, there are currently no coordinated scientific research or management efforts that encompass the entire Red Sea reef complex.

The researchers assert that the most urgent objective is to advance immediate protection of the Gulf of Aqaba as a World Heritage Site as part of an initiative involving Egypt, Israel, Jordan, and Saudi Arabia. Ideally, they say scientists, conservationists, and policy makers should advocate strongly that UNESCO recognize the Red Sea's entire coral reef as a Marine World Heritage Site. Regional scientists and governments should work together to implement transnational research, monitoring and conservation efforts and seek UN support for a long-term scientific monitoring program. Considering political realities, the authors affirm that regional collaboration can be effectively facilitated by the Transnational Red Sea Center, a neutral organization which was established in March 2019 and is based at the Swiss Ecole Polytechnique Fédérale de Lausanne (EPFL).

The study was co-authored by Prof. Maoz Fine, of Bar-Ilan University's Mina and Everard Goodman Faculty of Life Sciences, along with a group of scientists who have studied the Red Sea's corals while based in Egypt, Israel, Jordan, Saudi Arabia, Australia, the United States and Switzerland. The Swiss Ambassador to Israel also contributed to the article.