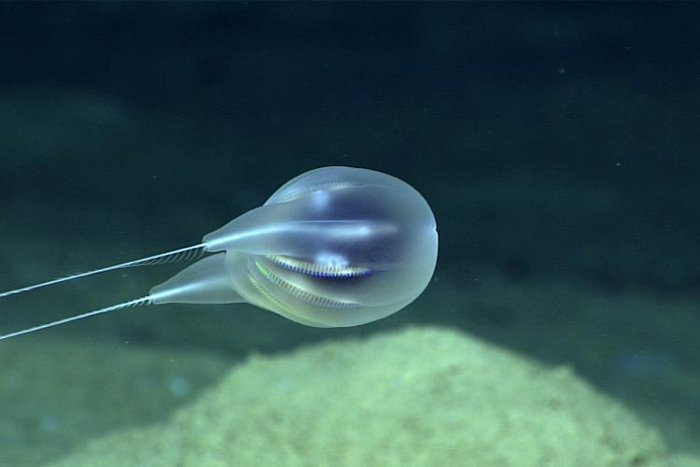 It was identified solely by high-definition footage captured at the bottom of the ocean.

Scientists with the National Oceanic and Atmospheric Administration (NOAA) have discovered and identified a new gelatinous species of ctenophor deep in the sea.

As reported by Science Alert, this discovery was the first of its kind as this new creature was found using only high-definition video footage captured at the bottom of the ocean.

The Duobrachium sparksae was found by the remotely operated vehicle (ROV) Deep Discoverer during a dive off the coast of Puerto Rico. It was first seen in 2015, but the team wanted to ensure this was a new species.

This creature's body is less than a millimeter long, but these cameras allow for a high-level of detail that was previously not possible.

"We don't have the same microscopes as we would in a lab, but the video can give us enough information to understand the morphology in detail, such as the location of their reproductive parts and other aspects," explains NOAA marine biologist Allen Collins.

The D. Sparksae's features a bulbous, balloon-like body with two prominent tentacle arms, and three different individuals were filmed at depths of around 2,900 meters or 2.5 miles down.‍