Southeast
While people enjoy the beach, the Town of Hilton Head Island Mayor John McCann announced on Friday, March 20, 2020, that the island’s beach will be closed to everyone as other mayors and governors have been closing beaches because of the COVID-19 virus. “It’s someting we have to do for the safety and health of our community,” when McCann was asked if the closing was difficult. Drew Martin DMARTIN@ISLANDPACKET.COM Read more here: https://www.islandpacket.com/news/coronavirus/article241411756.html#storylink=cpy 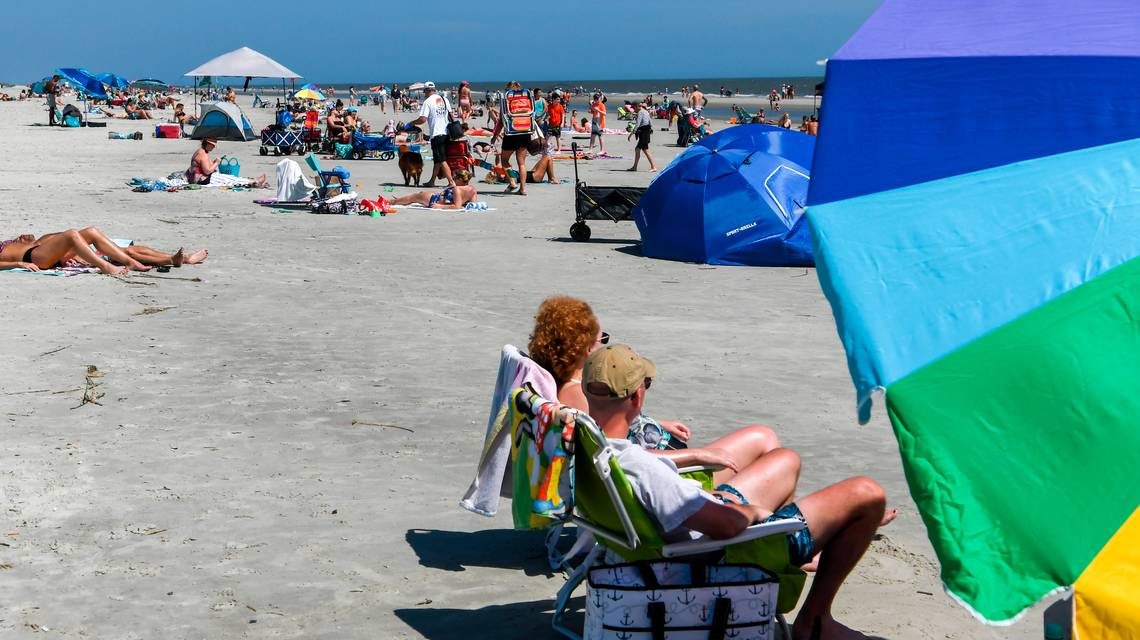 As access to Hilton Head Island’s beaches was restricted Saturday to prevent the spread of coronavirus, there were reports of people jumping in boats and congregating on sandbars throughout Beaufort County.

A sandbar near Bluffton also had an “active” day, according to a Saturday newsletter from Bluffton Mayor Lisa Sulka.

Beaufort Mayor Billy Keyserling said there was a “Water Festival like Party” at one sandbar near Beaufort and called the actions of those who attended “selfish” and lacking of restraint.

Beaufort County Sheriff’s Office and S.C. Department of Natural Resources officials both said Sunday they were aware of the gatherings.

The Sheriff’s Office announced Friday it had increased its presence on Hilton Head Beaches after hearing of gatherings of large groups — prohibited by S.C. Gov. Henry McMaster in an effort to slow the spread of the coronavirus.

Later in the day, Hilton Head Mayor John McCann announced he was closing beach access and amenities on the island. He called the move a “response to community outcry”.

Maj. Bob Bromage said the crowds have not been a problem on Hilton Head Island beaches in recent days but deputies started receiving reports of groups on the sand bars.

He said crowds will be dispersed on the sandbars, like on the beaches, with the assistance of the S.C. Department of Natural Resources.

As of Sunday, no one had been arrested for disobeying the governor’s order, Bromage said.

S.C. DNR Spokesman Robert McCullough said Sunday that people are not being discouraged from boating but are asked to practice social distancing, avoiding large groups.

“Just because you are on the sand bar ... doesn’t mean it is okay,” McCullough said. “We are out patrolling, along with all the other agencies. We are trying to keep everybody safe.”