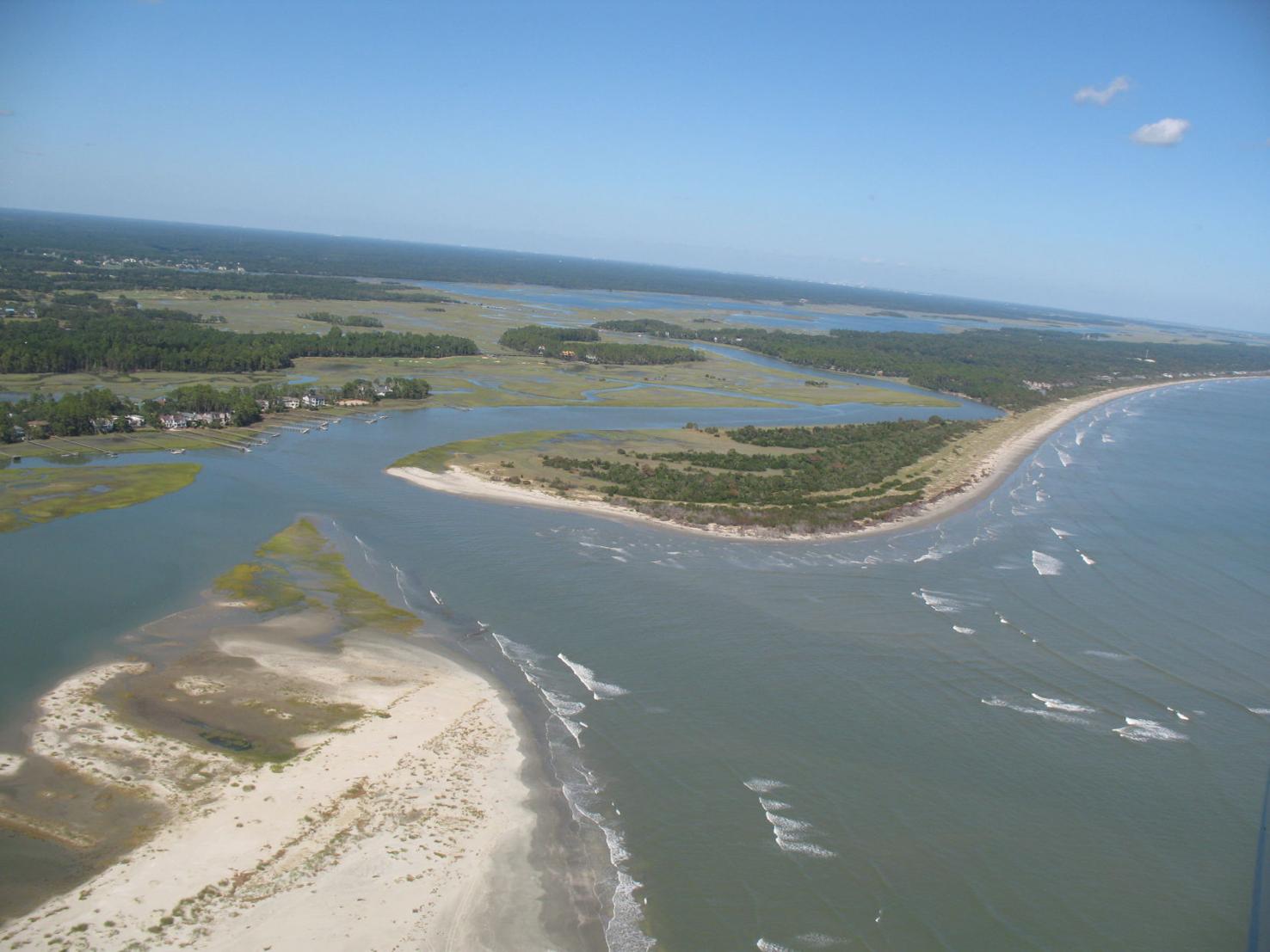 COLUMBIA — For the fifth time at the S.C. Supreme Court, lawyers for a land developer, several environmental groups and state regulators faced off over the future of Captain Sam’s Spit, a delicate body of land on Kiawah Island where builders want to put houses.

The teardrop-shaped spit is on the southern tip of Kiawah and is bounded by the Atlantic Ocean on the east and the Kiawah River to the west.

The spit’s edge adjacent to the river is rapidly eroding and the neck connecting Captain Sam’s to Kiawah has been measured at narrower than 30 feet.

At issue in the March 23 court arguments are permits for a steel bulkhead and road. Kiawah Development Partners is trying to construct the infrastructure to support 50 homes slated for the 150-acre isthmus.

The sheet-pile wall would be mostly buried initially, far enough upland to stay clear of the tidal “critical area” along the river that the state protects.

But evidence from a lower court proceeding left little doubt that erosion would one day make the migrating river collide with the wall, eventually washing away the protected section in between.

That future erosion was at the center of the court justices’ questioning over permits issued by the S.C. Department of Environmental Control.

“It’s uncontroverted the spit is in an unstabilized inlet zone,” Justice Kaye Hearn said to a lawyer for DHEC. “How can we find, in light of that, that this decision (to issue a permit) is supported by substantial evidence?”