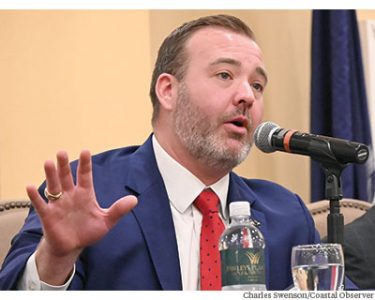 Even if the Belle W. Baruch Foundation holds title to the marsh land surrounding Hobcaw Barony, the public’s long-time recreational use of the area has created a prescriptive easement over the property, according to the state’s top attorneys.

S.C. Attorney General Alan Wilson and Solicitor General Robert Cook want an order declaring that the property, including North Inlet, is dedicated to public use, according to documents filed last week in Circuit Court.

The Baruch Foundation filed suit against the state in November seeking to confirm its ownership of the land between the mean high water mark and the mean low water “that is contiguous to the high land it owns.” The marsh land comprises about half of the 16,000 acres at Hobcaw Barony.

The property was originally part of six grants from the kings of England in the early 18th century. It was eventually bought by Bernard Baruch in the early 20th century. He sold it to his daughter, who created the foundation to manage the land for research by the state’s colleges and universities.