Mid-Atlantic
Beach groins are meant to trap sand updrift, and Brown previously said the excess nourishment sand placed on the beach will initially reduce the natural rate of erosion at Hobcaw. Provided by S.C. Department of Health and Environmental Control. 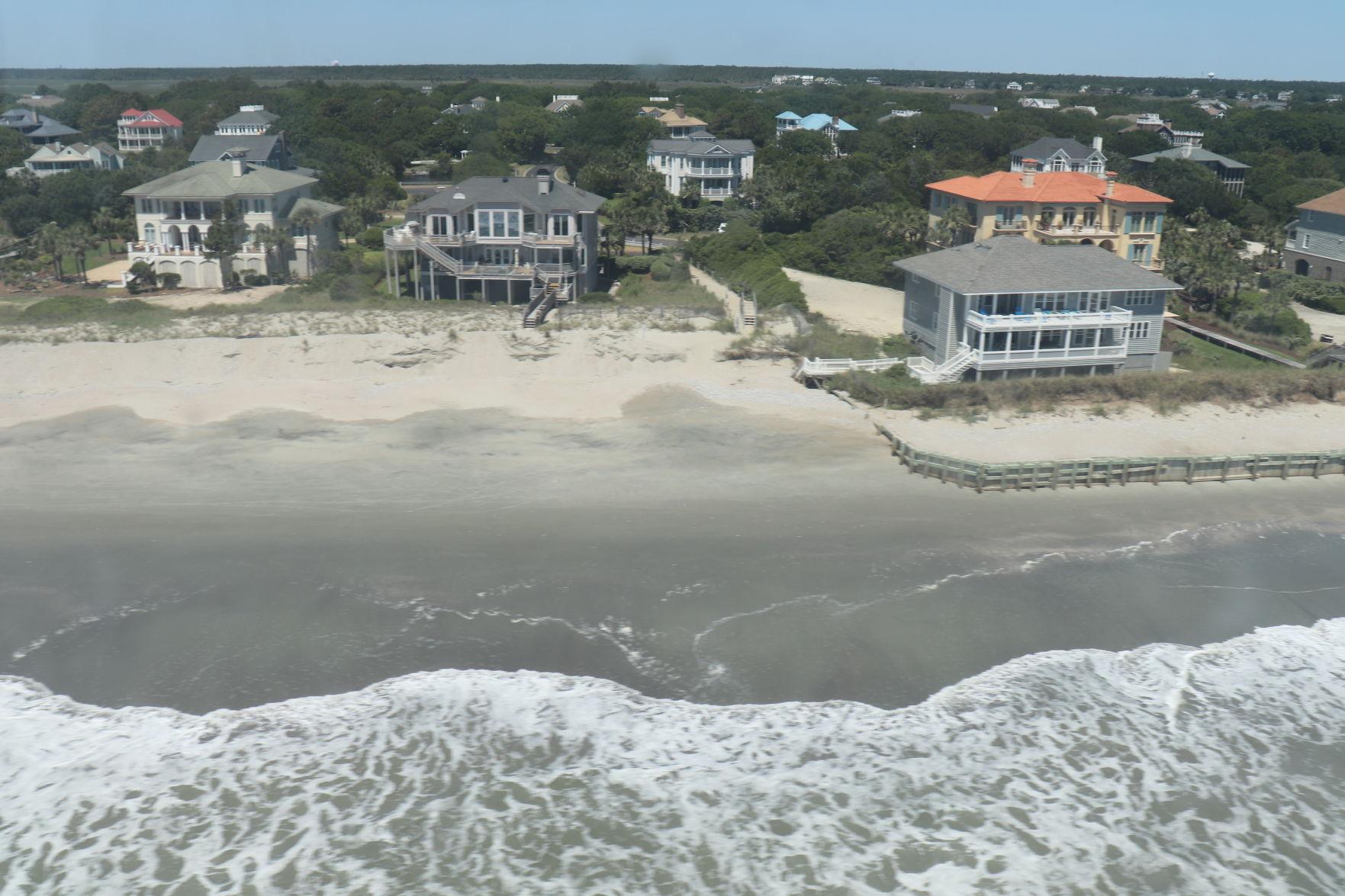 A beach renourishment project will begin at DeBordieu this fall with construction of three rock and concrete groins to follow before spring. A state Administrative Law Court judge this week rejected a request from an environmental group to halt the work while it appeals the permits.

The DeBordieu Colony Community Association applied in 2017 for state and federal permits to place up to 650,000 cubic yards of offshore sand on 1.5 miles of beach at the south end of the community. The work includes the installation of groins to hold the sand.  The Coastal Conservation League challenged the permit, saying it doesn’t meet the state law that allows construction of groins only in areas with high erosion rates and where that erosion threatens existing structures. It also challenged DeBordieu’s claim that the groins won’t cause an adverse impact on the adjacent beachfront at Hobcaw Barony.

Judge Ralph K. Anderson III upheld the permit issued by the state Department of Health and Environmental Control in January. The Coastal Conservation League appealed that decision to the state Court of Appeals. The league asked Anderson to issue a stay on the implementation of the permit until the appeals court could rule.

In his ruling this week, Anderson said that a stay is not needed because DeBordieu has posted financial guarantees that will fund the removal of the groins if the permit is overturned. He noted that those guarantees are a condition of the permit and that the amount of the guarantee was increased as part of the settlement with the Baruch Foundation.

DeBordieu “supplied a letter of credit showing it can cover $1 million in costs associated with any remediation necessary as a result of mitigation for the groin impact – either reconstructing or removing the groins and renourishment of the impacted beach,” Anderson said in this week’s ruling.

The conservation league, which is represented by the S.C. Environmental Law Project, argued that a stay would preserve the status quo.