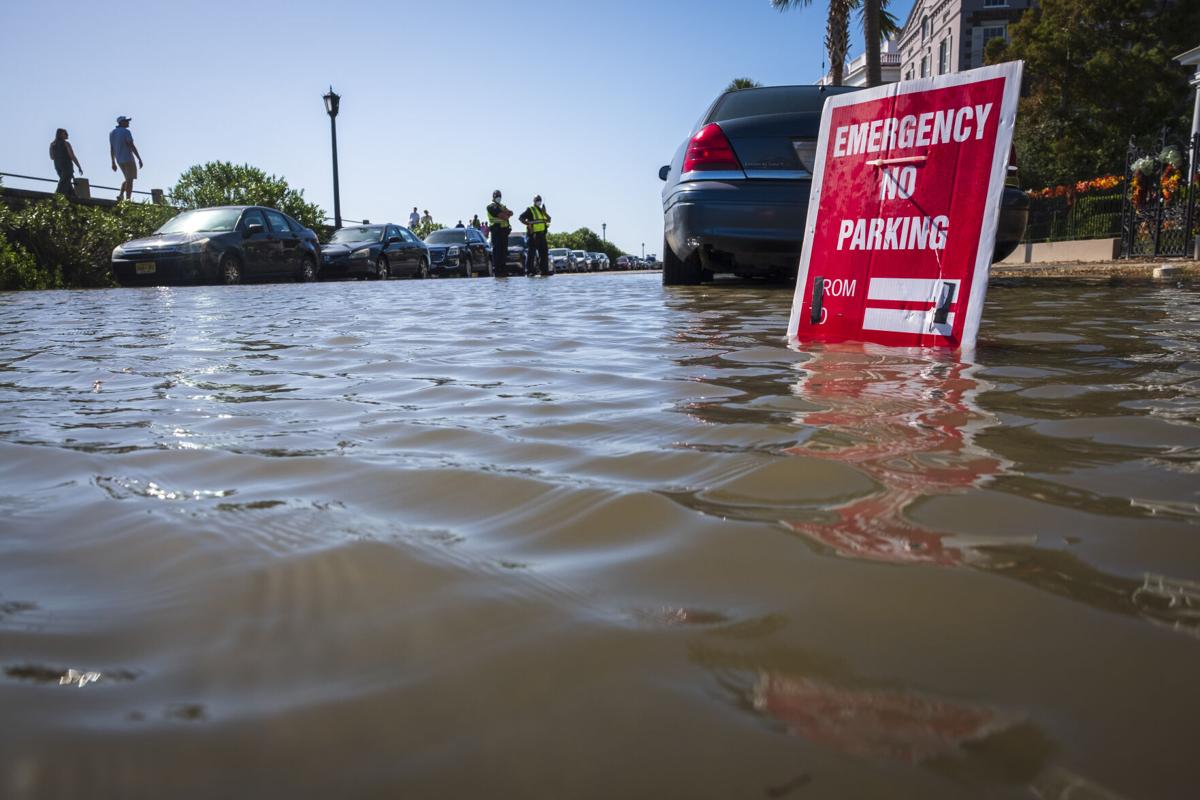 Flooding and sea-level rise pose a critical threat to Charleston’s business community, the workforce it supports and the viability of low-lying areas as sites for future investment.

On most days, that threat feels far away. But on days like Monday, when a surging tide filled coastal areas to the brim and marshes spilled into roadways, it’s clear how close the threat really is.

Under a bright-blue sky, a 7.9-foot tide rolled in late Monday morning. It was nearly a foot above the level when the area begins to see flooding, rain or not.

By 11 a.m., low-lying streets on barrier islands, such as Folly Beach and the Isle of Palms, had merged with the Atlantic. Seawater poured into ditches on James Island, then flowed across streets like Battery Park Drive. A walker there stopped in an ankle-deep pool and then hopped on a slowing pickup to carry him over. Water lapped over the curbs around Charleston’s sprawling medical district and caused tourists to make detours on The Battery.

These sunny-day floods used to be rare, something that happened a handful of times a year through the 1980s. But so far this year, Charleston has seen 53 flooding events. That’s the fourth most on record — and there are still more than two months of tides left on the calendar.

Floods, both from the skies and the sea, can be headaches, routine ones that can numb us to the incremental nature of their impacts.