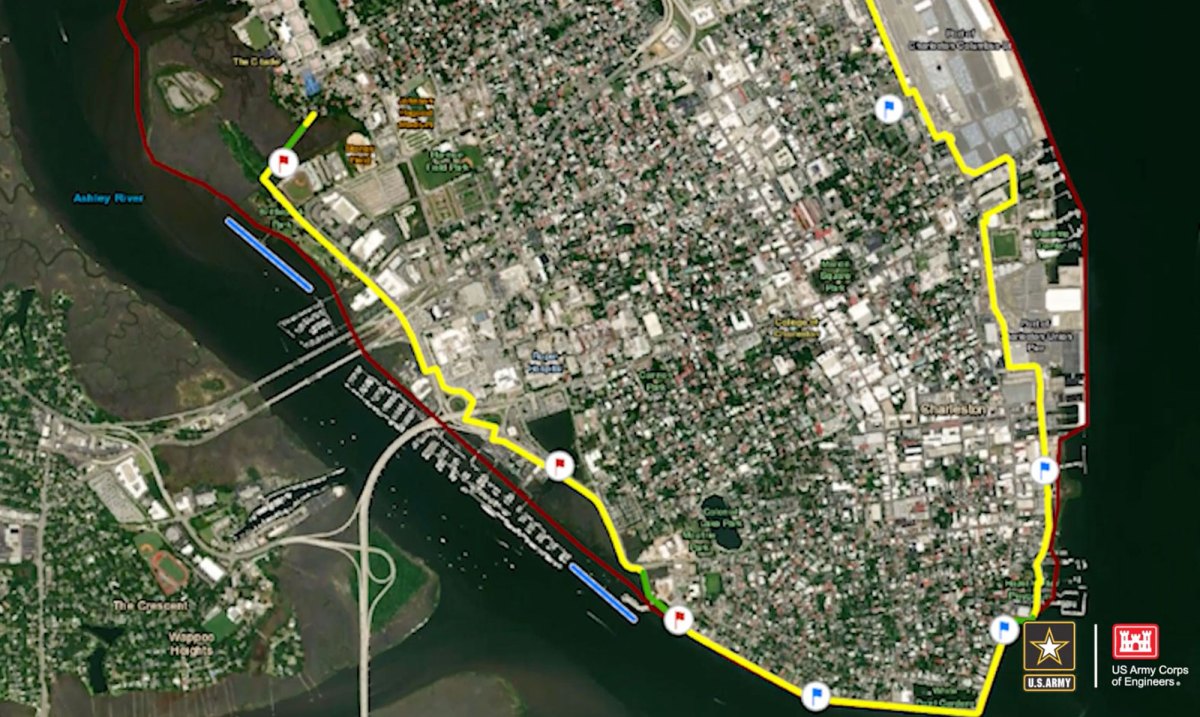 A massive, $1.75 billion project proposal to build a flood wall around a large portion of the Charleston peninsula, protecting vulnerable coastal land from rising sea levels, has been in the works since April 2020.

The project, proposed by the Army Corps of Engineers (ACE), was recently updated as it moved into its next phase — determining if there is federal interest in the program.

But some communities, particularly those in the Neck, are not being offered the same levels of protection.

The proposed wall would wrap around the peninsula beginning north of the Wagener Terrace neighborhood, leaving low-income communities like Rosemont, Bridgeview Village and Four Mile vulnerable to floodwaters.

The sea wall lowers to ground-level at its stopping point, just short of the Neck. But they weren’t left out of the plan entirely.

“They were highlighted for nonstructural elements,” said Jason Crowley, a senior program director with the Coastal Conservation League (CCL). “But we’ve been given no real clarity on what that looks like.”

As part of the draft proposal, nonstructural measures could mean raising houses above flood-level, floodproofing other buildings or offering to buy out affected property owners altogether.

“That to me is a half-step measure,” Crowley said. “It’s kind of like pushing the fact they didn’t incorporate enough nature-based solutions. Just saying, ‘We’re going to raise all your houses’ — that’s not what the community is looking for.”

Some residents even took offense to the notion of property buyouts. Mary Johnson, resident of the tight-knit Rosemont community on the west side of the upper peninsula, said the idea of buying-up property isn’t a new one, and it isn’t one many of her neighbors are interested in.