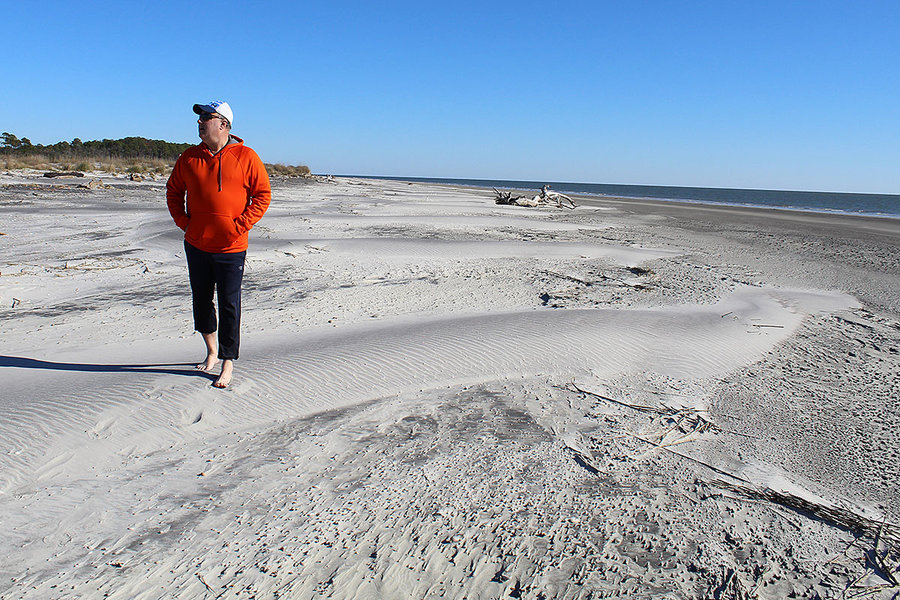 WHY WE WROTE THIS: Ecotourism is good in theory, but in practice it often runs into differing views of how man and nature should coexist. South Carolina’s at-risk barrier islands add a cultural wrinkle: a unique African American community that calls this coastline home.

As Tim Pitcher looks out across Port Royal Sound to where it meets the Atlantic, he has a pioneering vision for one of the last redoubts of wilderness along the U.S. Atlantic coast.

One of the last undeveloped private spits on a harsh but beautiful coast, Bay Point Island has long been on the radar of mansion builders.

Instead, Mr. Pitcher, a developer and self-described environmentalist, is partnering with a Thailand-based resort management company to create a first for the United States: an ecotourism resort that showcases both the region’s natural treasures and the African American culture of the Gullah people.

To Mr. Pitcher, at least, the proposed Six Senses resort seems a slam-dunk, offering travelers a comfortable adventure, all with an eye toward proper stewardship. But his plans have run into resistance from environmentalists and the Gullah community.

The concern is that developers “are going to destroy what they came here to see,” says Ed Atkins, a Gullah oysterman.