Mid-Atlantic
In this June 9, 2020, file photo, Chairman Sen. Lindsey Graham, R-S.C., arrives for a Senate Judiciary Committee hearing on Capitol Hill in Washington. Offshore drilling, an issue that has created some bipartisan unity in South Carolina among opponents who argue such expansion would mar the state’s pristine coastline, is surfacing in a political action committee’s effort to oust Graham. As the state’s beaches teem with visitors on Labor Day, Lindsey Must Go PAC is flying two planes up and down the South Carolina coast, with trailing banners reading “L. Graham Will Drill 4 Oil Here.” Andrew Harnik / Associated Press 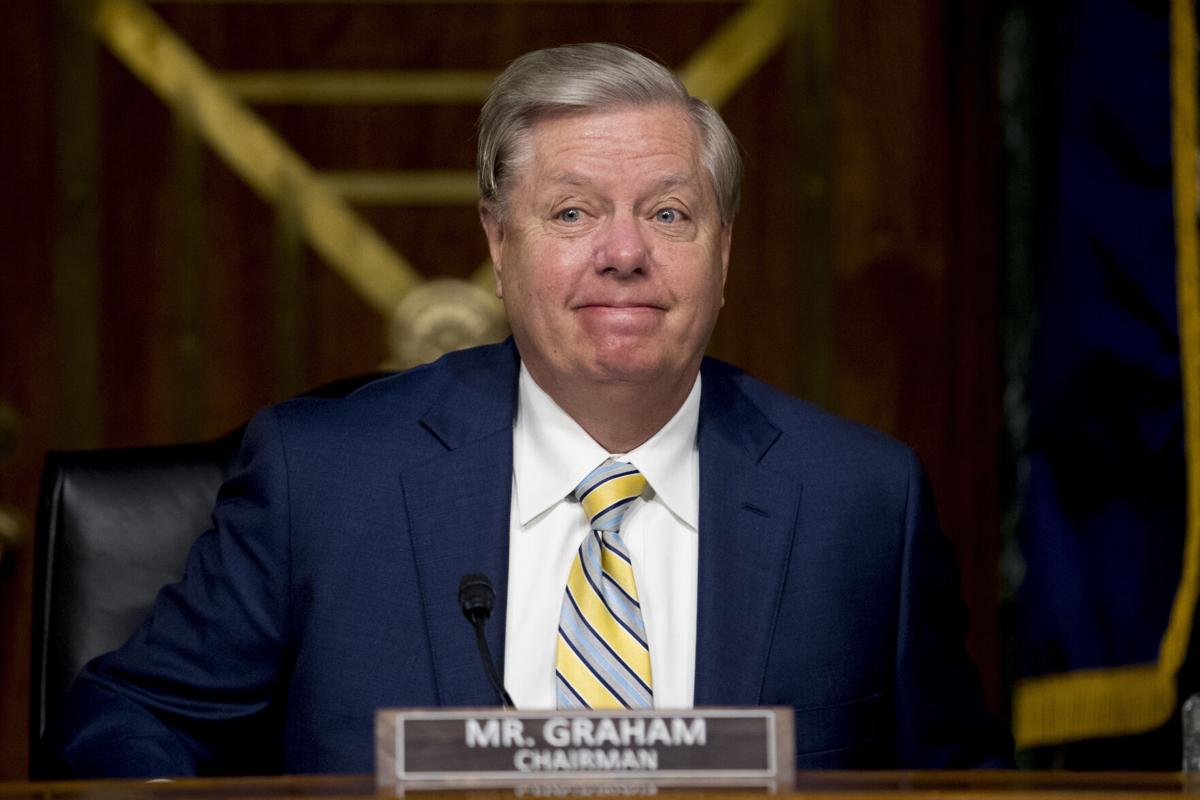 COLUMBIA, S.C. (AP) — Offshore drilling, an issue that has created some bipartisan unity in South Carolina among opponents who argue such expansion would mar the state's pristine coastline, is surfacing in a political action committee's effort to oust U.S. Sen. Lindsey Graham.

As the state's beaches teem with visitors on Labor Day, Lindsey Must Go PAC is flying a plane up and down the South Carolina coast, with a trailing banner reading ”L. Graham Will Drill 4 Oil Here."

Officials with the PAC say the plane expenditure and an accompanying digital ad decrying Graham's support for drilling expansion legislation and alleged ties to the oil industry, are part of a six-figure buy over the next two weeks, now that the campaign has entered its final two months and voters are starting to tune in.

“Graham has been all over the map on drilling. His position shifts as quickly as the tide shifts,” Jimmy Williams, a consultant who works with the PAC, told The Associated Press. “Jaime Harrison has had one position on drilling: Hell no.”

Harrison is the Democratic opponent for Graham's seat.

A spokesman for Graham’s campaign did not immediately comment.

The political action committee ad derides Graham for his support of 2012 legislation that would have created coastal zones which, with legislative and gubernatorial approval, would be available for drilling leases. That measure died in committee.

The debate over drilling and its possible effects on coastal tourism, the crown jewel of South Carolina's multibillion-dollar tourism industry, has intensified since since 2017, when President Donald Trump's administration announced a five-year plan to open 90% of the nation’s offshore reserves to private development.

Graham said “there are ways to drill offshore that would not hurt tourism," saying several times since he felt states should be able to opt out or in before any drilling occurred off their coastlines. Fellow Republican U.S. Sen. Tim Scott has in the past voiced support for offshore energy exploration but also said officials should get buy-in from more coastal residents before moving forward, and that he would oppose efforts if his constituents did so.