Southeast
Built on tourism, Myrtle Beach, South Carolina is facing the challenges that come with a one-dimensional economy. As young people move away, and housing prices soar, can the city survive another generation? BY LOUMAY ALESALI 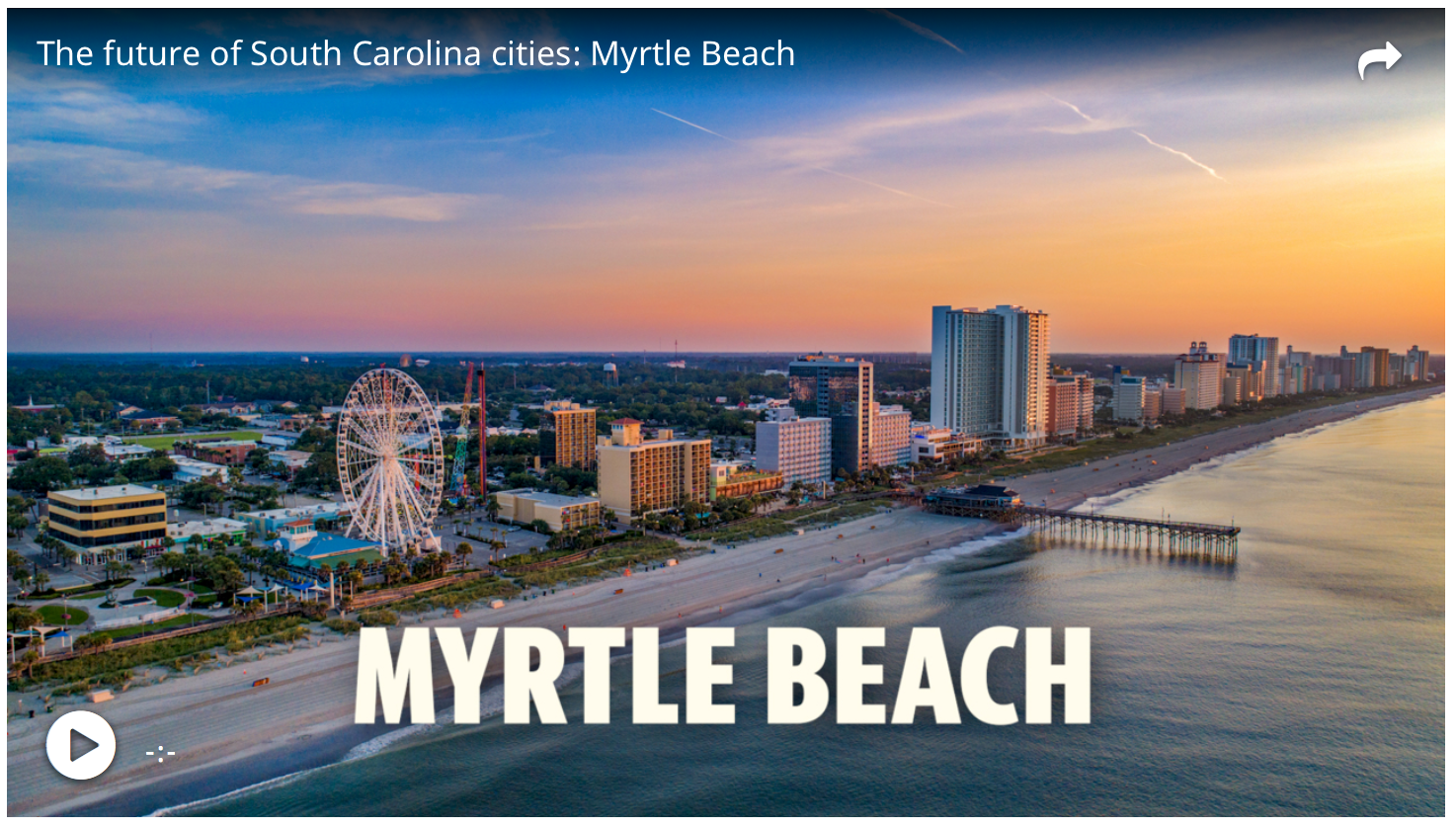 SC - One-dimensional economy has Myrtle Beach young people asking: Do we have a future here?

The Grand Strand’s most pressing problems aren’t years or decades away: They’re here right now. Do businesses and politicians have the will to fix them?

Growing up in the early 2000s, Finley MacIver was raised on the idyllic notion of what it meant to live in Horry County.

Her Irish ancestors came to this corner of the state five generations ago and began farming the land outside of Conway. Though the family eventually moved away from farming, they kept the old farm house, off Highway 90, which didn’t have running water or electricity until the 1950s. That’s where MacIver grew up.

On days she’d spend with her grandfather, the last generation to farm full-time, they’d stop by the Tilly Swamp Handy Mart, hear the bell ring as they opened the front door, say hello to Aileen Thomas — Ms. Aileen as she was known — and buy gas and sandwiches for the day, maybe even breakfast.

But as she grew up, MacIver, now 21, said those idyllic notions began to fade. Looking around her once-rural and rapidly-growing community, she saw that roads and other infrastructure weren’t keeping up with needs. She wanted to teach history at one of Horry County’s high schools but changed plans after seeing how difficult that would be to do here.

“Teachers are overworked, underpaid (and) under-appreciated, especially in Horry County,” MacIver said. “All that money we make off of tourism, you’d think some of it goes into the schools, but it rarely does.”

The fact of the matter is this: Low property taxes and a conservative-but-beach-adjacent atmosphere in Horry County and along the Grand Strand have lured people, largely older workers or retirees, to the region for decades now, but not new industries. Jobs in health care, tourism or real estate are the few available to young people growing up here. Politicians across the Grand Strand promise that building a new interstate — I-73 — will bring new businesses and industries to boost the economy, but such an effect could be a decade or more away.

Meanwhile, young people are moving away, and wages have stayed low for the most readily-available jobs in hotels and restaurants, all while housing prices soar.

Those conditions, taken together, raise key questions about the Grand Strand’s future: Is the region’s economy sustainable? Can Myrtle Beach survive for another generation? Or will the house of cards propping up local economic engines fall before the region’s economy and housing market can support more than just retired transplants?

MacIver eventually decided she needed to leave. She now works for a pest control company in a small city in western North Carolina and splits her time between Horry County and her new home. She said she grieved when she came to understand that she wouldn’t be able to have the life she wanted closer to home, but her family gave their blessings. They just wanted her to be happy.