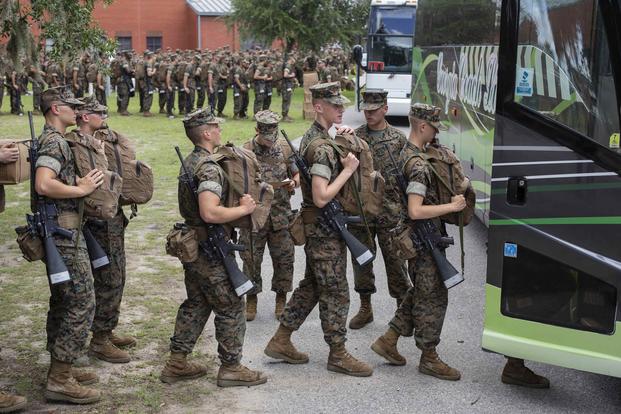 The impact of climate change may be most visible in the Arctic, but the former commanding general of Marine Corps Recruit Depot Parris Island argued Wednesday that it and other coastal bases face drastic threats from the warming planet.

"I used to command a base that was dramatically impacted, Parris Island, and is now getting flooded routinely just in normal rainfall and sea level rise," retired Marine Corps Brig. Gen. Stephen Cheney said during a discussion on what the U.S. should do to prevent climate change from becoming a national security threat. The event was sponsored by Elected Officials to Protect America, a nonprofit focused on environment and sustainability, among other policy areas.

"They are going to have to put a sea wall around parts of Parris Island, otherwise it's going to go under water," Cheney said.

Parris Island sits on South Carolina's coast, just north of Hilton Head, leaving it susceptible to hurricanes. The Marine Corps is currently studying whether to close the recruit depot and build a new training facility, but that's to meet a congressional mandate to make its training bases gender-integrated, not an effort to address the effects of climate change.

Cheney, who served 30 years in the Marine Corps, is now president of the American Security Project, a nonprofit, nonpartisan research institute that studies the effects of climate change.