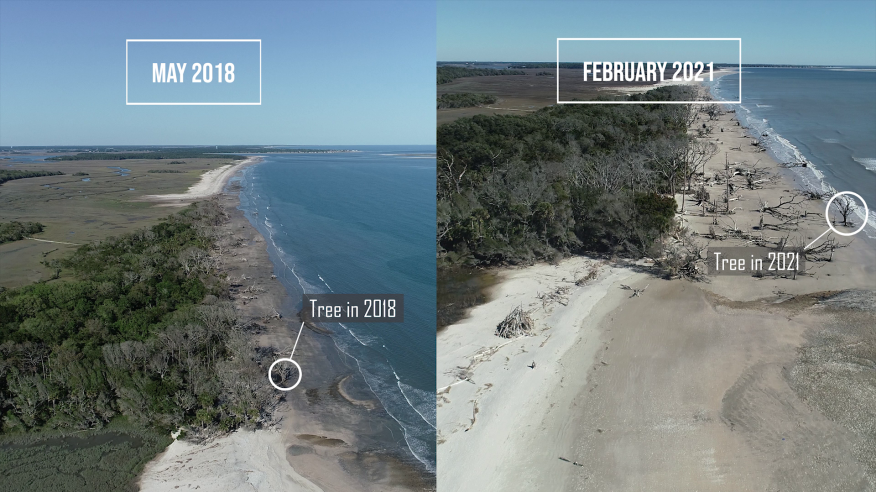 The South Carolina Department of Natural Resources estimates the Pockoy Island shoreline has retreated as much as 1600 feet between 1949 and 2016.

CHARLESTON, S.C. (WCBD) – Two years ago to the date I visited an archaeology dig at Pockoy Island– a barrier island in the ACE Basin near Edisto.

Starting in 2018 and through the summer of 2019, researchers worked tirelessly to excavate artifacts left by Native Americans in shell rings thousands of years ago. There was a sense of urgency in their work as waves crashed next to the site. An ever-present reminder that the volunteers were working against the clock, or rather against erosion.

Two years later, not much of the main excavation site remains. The main pit is gone; lost alongside 65 feet of shoreline on Pockoy between July 2019 and February 2021.