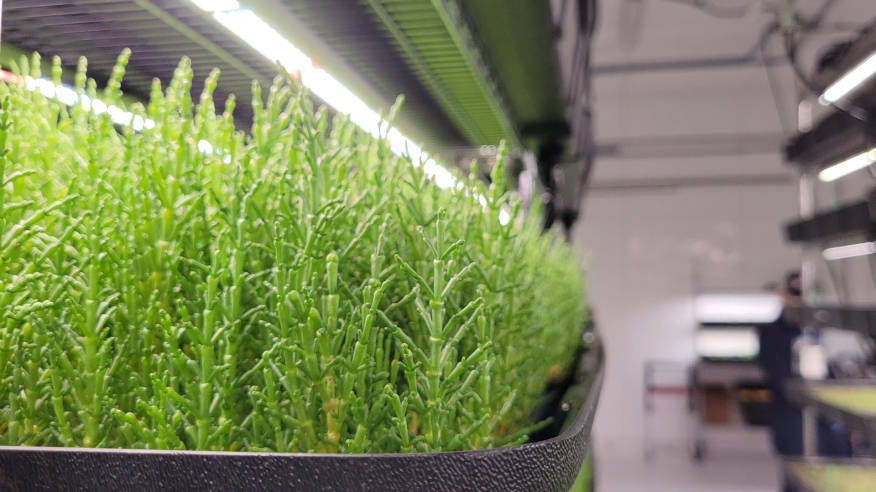 CHARLESTON, SC (WCBD) – What began as a College of Charleston graduate research project, researching and cultivating an edible, salty succulent that thrives in saltwater has grown into a rapidly expanding start-up that nationally distributes “sea beans.”

“So the last time we talked, it was in a lab at the College of Charleston…and at the time it was just me.”

Back in 2019 I met Sam Norton in a lab at the college’s campus downtown. It was really nothing more than a converted closet, bathed in purple neon from the grow lights of the several dozen plants growing in a vertical rack, soaking up saltwater.

Now nearly two years later, these salty stalks have exploded in popularity- featured in local dishes, beverages, and delivered to your home. What was once a solo operation is now a team effort- the handful of plants…now a few hundred thousand in the first indoor saltwater farm in the world.

It’s hard to argue for the second option in a city plagued by coastal flooding, which will only get worse. Norton sees Heron Farms as the first step in a larger push for saltwater agriculture- using that incoming seawater as a resource to create food, jobs, and freshwater.

In the meantime, this hydroponic farm, a technological feat of sustainability, will continue to churn out these green shoots, grown under led lights and soaking up saltwater collected right here in the Lowcountry- which gives the plant its characteristic briny bite.

“It’s got this burst of seawater type of taste, but it has this green apple kind of element to it…citrusy.”