Mid-Atlantic
The remnants of Hurricane Irma pushed a storm surge across the beach at the south end of Pawley's Island on Monday, sweeping away dunes that were rebuilt last year to protect this waterfront community. BY JASON LEE Read more at: https://www.islandpacket.com/news/weather-news/article264948194.html#storylink=cpy 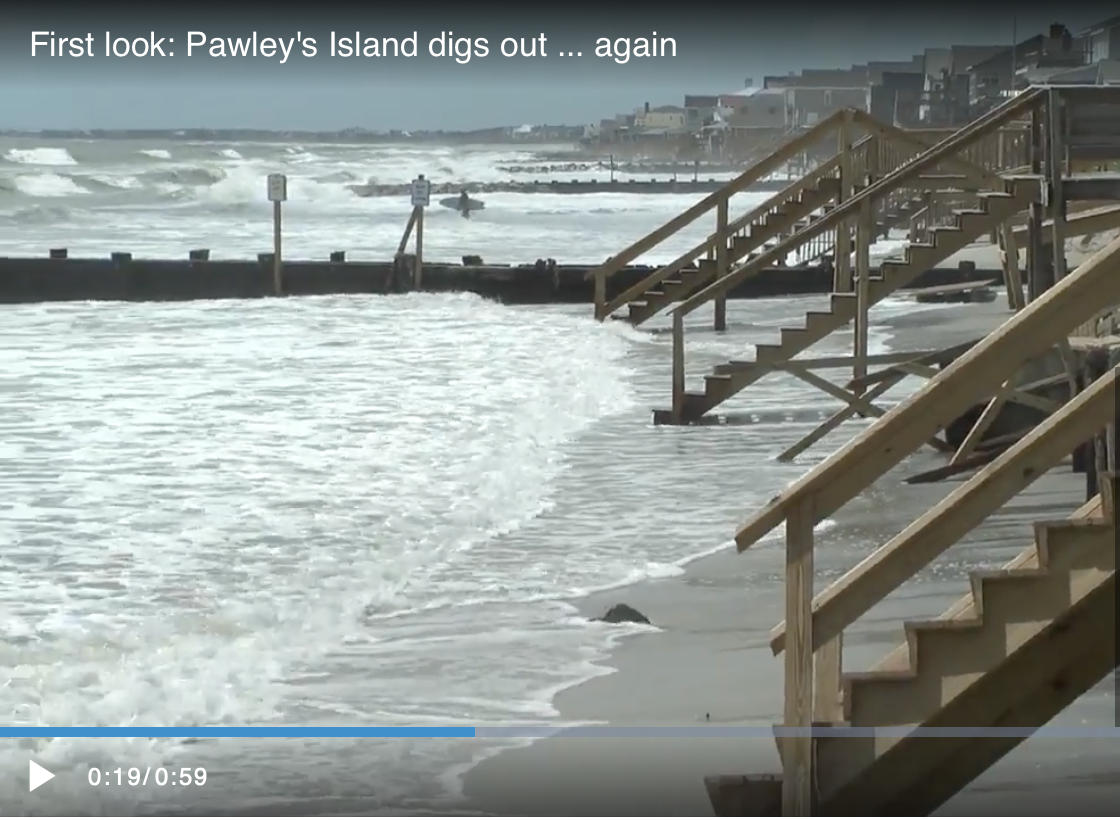 SC - Hurricanes threaten SC’s precious beaches. What can save them before the next big storm hits?

MYRTLE BEACH, S.C. The last time a hurricane reached the Grand Strand, it obliterated North Myrtle Beach’s sand dunes and ripped the Sea Cabin Pier in Cherry Grove in half. That was just two years ago.

Repairs after Hurricane Isaias, which was “only” a Category 1 storm, cost millions of dollars. It wasn’t a hurricane that required major evacuations, but it was a sign of how a single storm, even one that isn’t a Hugo or a Katrina, can do massive damage to one of South Carolina’s most precious resources — the beach.

Protecting beaches is a crucial task for federal, state and local officials. Without the sand that defines the Grand Strand, Charleston’s barrier islands or Hilton Head, the state could lose billions of dollars in tourism. Anyone who grew up in South Carolina during the 1970s and 1980s can share how the near-total erosion of Folly Beach devastated that town’s economy and made it a place to avoid.

“The beaches are a very, very valuable resource for the state of South Carolina, for the country, but they’re under very significant and increasing pressures,” said Paul Gayes, executive director of Coastal Carolina University’s Center for Marine & Wetland Studies. “That’s a significant management challenge, and now the question is how long can we can we manage it as we have?”

WHY DO THE SAND DUNES MATTER?

Sand dunes themselves are important ecological habitats for grasses and other forms of coastal wildlife, but humans have a more selfish reason for maintaining them.

Dunes protect the buildings and infrastructure that sit behind them, particularly by breaking up storm surges, Army Core of Engineers project manager Wes Wilson said.

As storms come in, they bring in particularly strong waves that sometimes have enough force to topple building, wash away cars and toss boats from marinas onto highways.

Sand dunes, for their part, take the first brunt of that force, Gayes said. The strength of the impact of the storm surge depends largely on how fast the waves are moving. If a dune can slow down a powerful wave by even a couple seconds, that can exponentially decrease the water’s force when it makes impact on whatever lies beyond.