Mid-Atlantic
A view of the construction along Murray Boulevard on the Low Battery sea wall project on Wednesday, July 15, 2020, in Charleston. An Army Corps proposal to build a higher wall could add 3 feet to The Battery. Andrew J. Whitaker / Charleston Post Courier 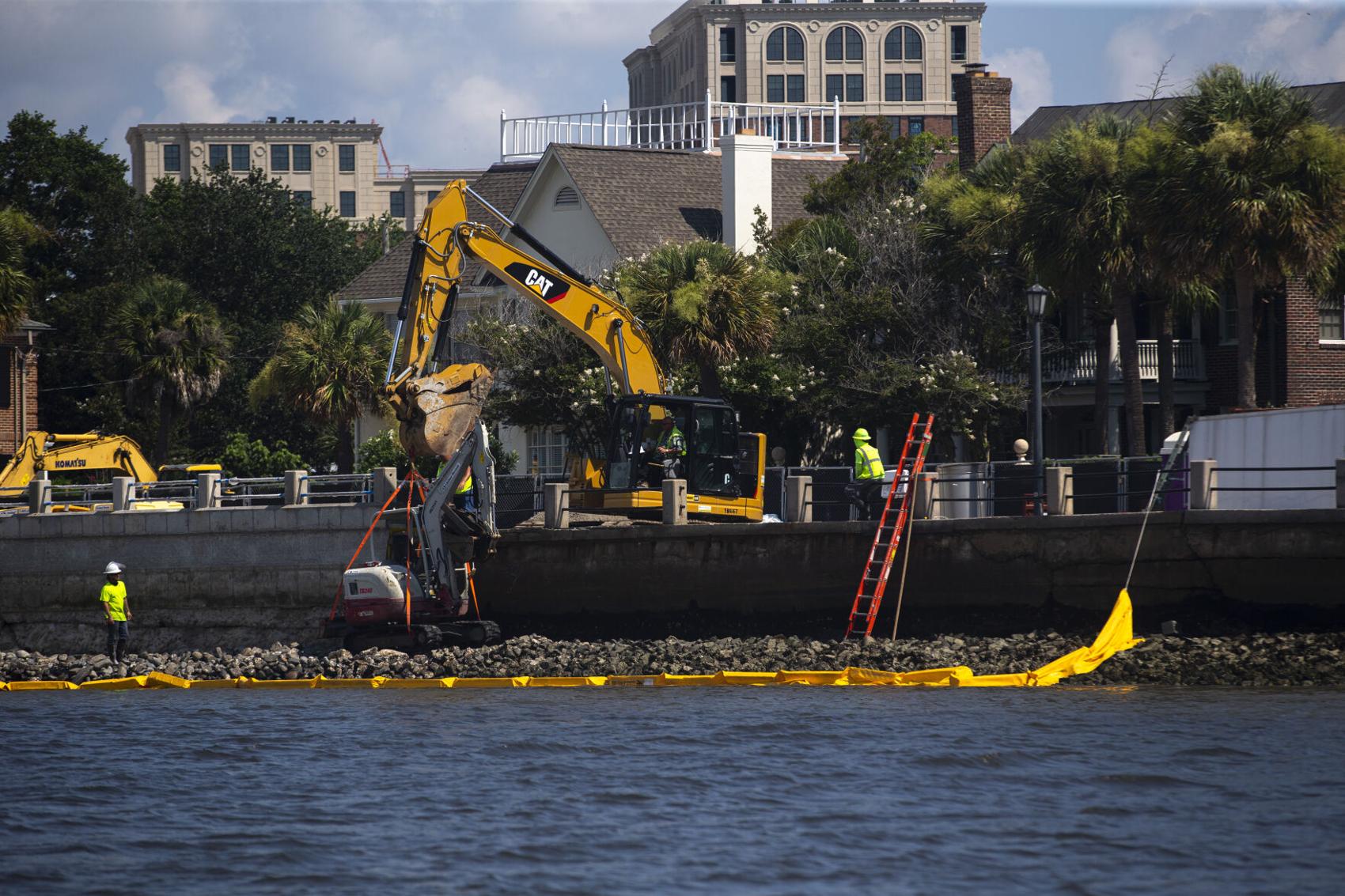 More than 400 comments flooded in on the federal government’s proposal to build an 8-mile-long sea wall around the Charleston peninsula.

The response from most who wrote in: We want more details.

The comments, provided to The Post and Courier through a Freedom of Information Act request, came from federal agencies, land developers, state officials, environmental groups, historic preservation groups and local homeowners living both inside and outside of the proposed wall.

A large number of respondents asked for more time for public comment, and some questioned whether there needs to be a deeper environmental review before proceeding.

While the wall may help the city with sea level rise and some extreme tidal flooding, that’s not the goal of the Army Corps of Engineers study. The yet-to-be-designed barrier is only aimed at shielding the Charleston peninsula against storm surge, the potentially devastating crush of water pushed onto land by a hurricane.

The wall proposal was unveiled by the Corps of Engineers in April with an estimated price tag of $1.75 billion.

It also includes pump stations to drain some rainfall from inside the wall, a line of rocks in the harbor to break waves south of Charleston’s existing Battery sea wall, and additional measures to protect, or even remove, some structures outside the wall.

Its height would be about 8 feet above the point where the city starts to flood, though the wall would be different lengths based on ground elevation.

A small group said the wall was a fool’s errand, that it was unwise to try to hold back Mother Nature. But a different handful of local residents urged building the wall as quickly as possible to stem rising tides. One downtown resident wrote, “Now is the time to be decisive. Let’s act now before it is too late.”