Mid-Atlantic
A rendering shows the train and cargo-transfer hub that Palmetto Railways plans to build on the former Navy base in North Charleston. Rivals Norfolk Southern and CSX Corp. will provide the rail service. Provided/Palmetto Railways 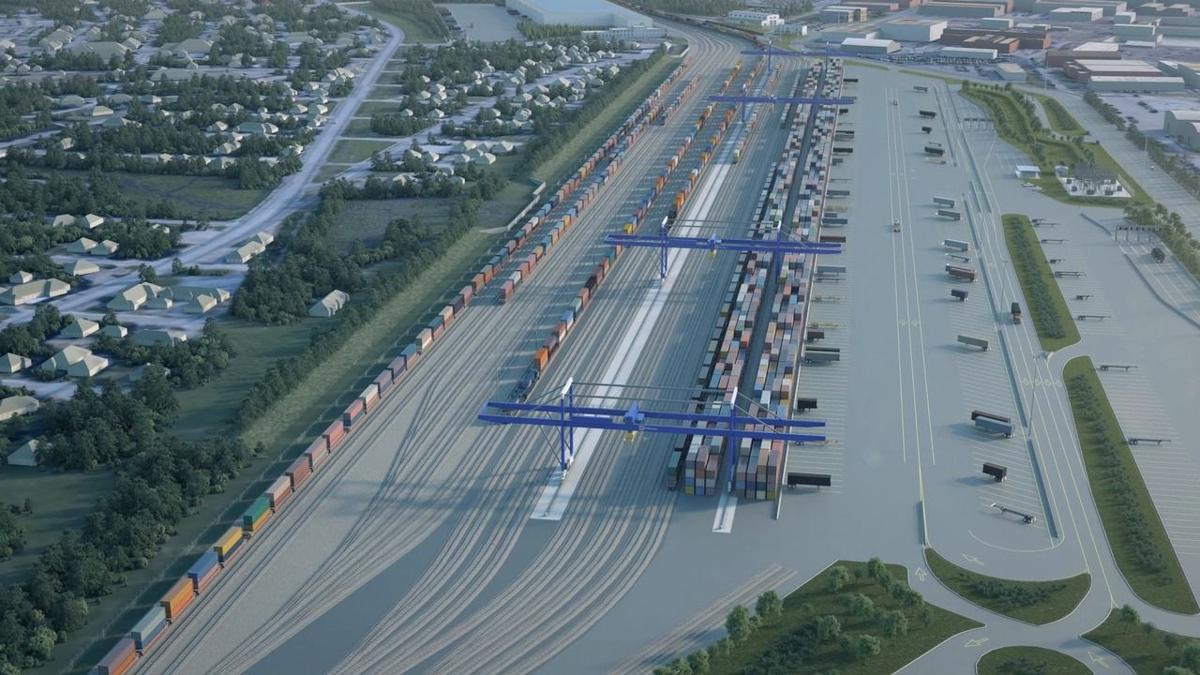 It’s laudable that South Carolina lawmakers are scrutinizing the State Ports Authority’s request to borrow up to $550 million to make upgrades to the Hugh K. Leatherman Terminal taking shape along North Charleston’s waterfront. As one of the state’s largest public investments in recent years, it merits close examination.

We believe that lawmakers and Gov. Henry McMaster ultimately should conclude that it’s a good deal for the state, assuming the port works out its pending union-labor dispute. Not only because the borrowing would help the Leatherman Terminal fulfill its potential to handle cargo but also because it would help minimize the impact on our region’s air quality and highways, particularly Interstate 526 between North Charleston and Mount Pleasant.

Most of the money, $400 million, would complete a rail yard covering 120 acres on the former Navy base, just north of the terminal. The Ports Authority would operate the yard, which would be owned by Palmetto Railways. CSX Corp. and Norfolk Southern trains would haul cargo to and from the new nearby terminal.

Another $150 million would pay for a barge program to move shipping containers by water between the SPA’s Wando Welch Terminal in Mount Pleasant and the Leatherman Terminal. The containers could then be taken to and from the rail yard via private road. This piece also includes a 700-foot extension of the wharf at Wando Welch and a second wharf at the Leatherman site.

Jim Newsome, president and CEO of the State Ports Authority, calls the projects crucial for the Port of Charleston’s continued competitiveness, which in turn helps the state’s economy succeed. “We are the last major port on the East Coast to have near-dock rail,” he said.