Mid-Atlantic
The Southern Environmental Law Center has uncovered evidence of political interference in a scientific opinion regarding right whales that could make it easier for companies to explore for oil and gas off the South Carolina coast. Above, a North Atlantic right whale swims with her calf off the Georgia coast. New England Aquarium via AP 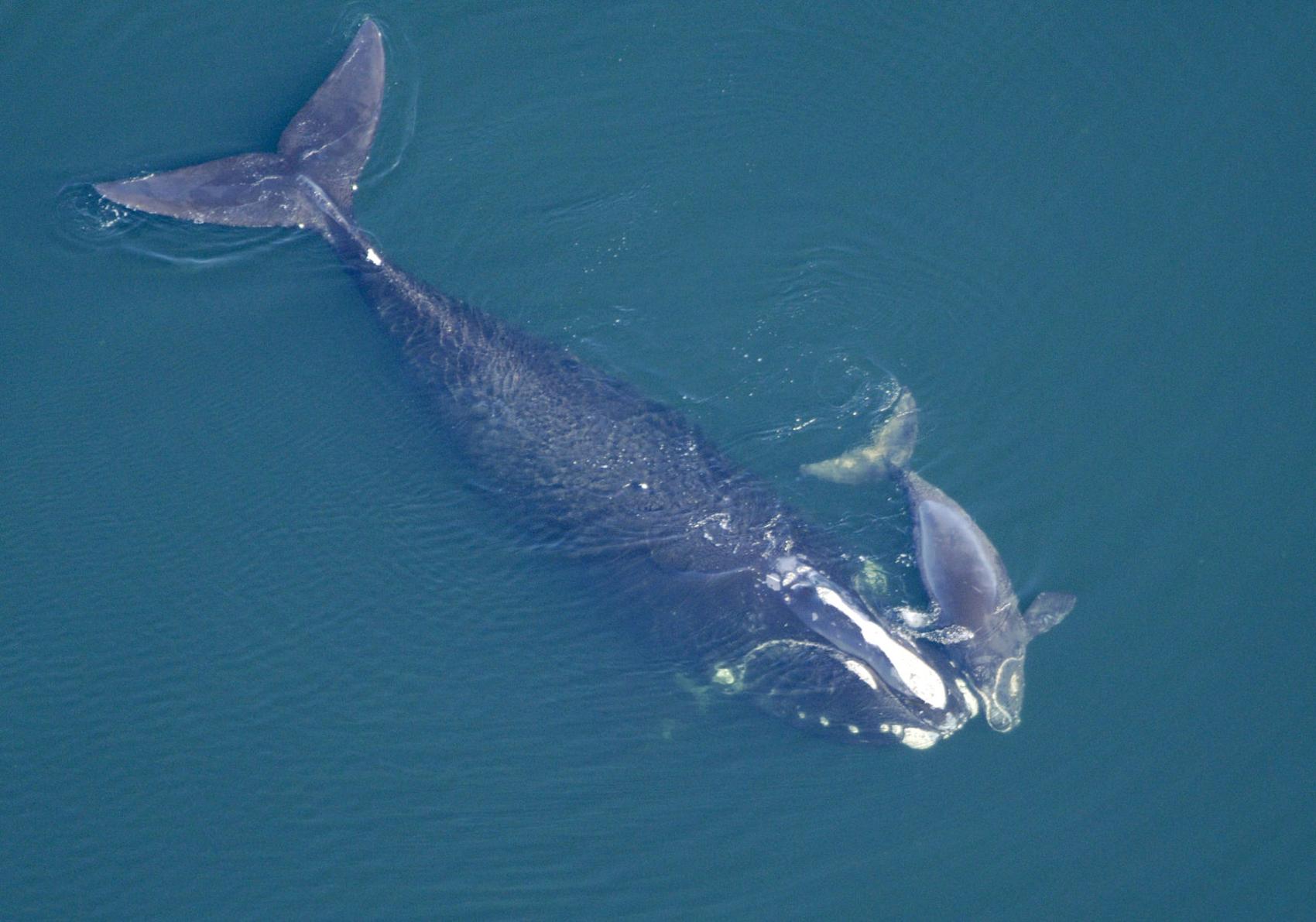 The Southern Environmental Law Center has uncovered evidence of political interference in a scientific opinion regarding right whales that could make it easier for companies to explore for oil and gas off the South Carolina coast. Above, a North Atlantic right whale swims with her calf off the Georgia coast. New England Aquarium via AP

The Southern Environmental Law Center has uncovered clear and shocking evidence of political interference with scientific opinion to make it easier for companies to explore for oil and gas along the Atlantic continental shelf off South Carolina and adjacent states.

We hope and trust that the troubling findings will lead to a court ruling against such exploration.

The documentary evidence came to light in the course of litigation by the SELC and other environmental groups to stop the federal government from allowing seismic airgun testing in the areas thought to contain commercial fuel deposits. Their 2018 suit, SELC et al. v. Ross, is pending before U.S. District Judge Richard Gergel at the federal courthouse in Charleston.

It shows that NOAA scientists, in preparing an official biological opinion, determined that new evidence on the behavior of right whales, an endangered species that breeds in South Atlantic coastal waters, showed the need to broaden the areas in which seismic tests would be forbidden during the breeding season. Incredibly, their advice was overridden at the “political level” of NOAA, a branch of the U.S. Commerce Department headed by Dr. Neil Jacobs, who was nominated for the position by President Donald Trump.

An earlier opinion said the safe zone would extend 47 kilometers from shore; the new science recommended a 90-kilometer safe zone. But the new biological opinion, drafted in April 2018, was delayed and rewritten by NOAA officials, resulting not only in restoring the old, smaller safe zone for all practical purposes, but also allowing companies that wanted to conduct seismic tests to propose testing methods even inside the 47-kilometer zone.

The evidence uncovered by SELC disclosed that companies seeking licenses for seismic airgun exploration were allowed to comment on the opinion before it was published and that their arguments for disallowing the 90-kilometer safe zone and for exploring within the 47-kilometer safe zone were accepted and written into the opinion. It’s hard to imagine how that action passes an ethics smell test.

Indeed, Catherine Wanamaker, a Charleston-based lawyer with SELC, told The Post and Courier that it was prejudicial and “highly unfair” that commercially interested parties were consulted about the science and allowed to propose changes that were accepted not by NOAA scientists, but by their political overseers. The process was not opened to other interested parties or the public. That is a totally unacceptable method for making such decisions.

The applicants now await action by the Bureau of Ocean Energy Management to approve the licenses. BOEM is part of the Interior Department.

The licenses likely will not be issued until after the presidential election to avoid the outrage sure to follow from Atlantic Seaboard states including South Carolina. But if they are issued, the SELC and its partners must immediately call for an injunction. The unmasking of the political intervention in a scientific opinion concerning the safety of a rare and endangered species should put a quick end to this destructive program.