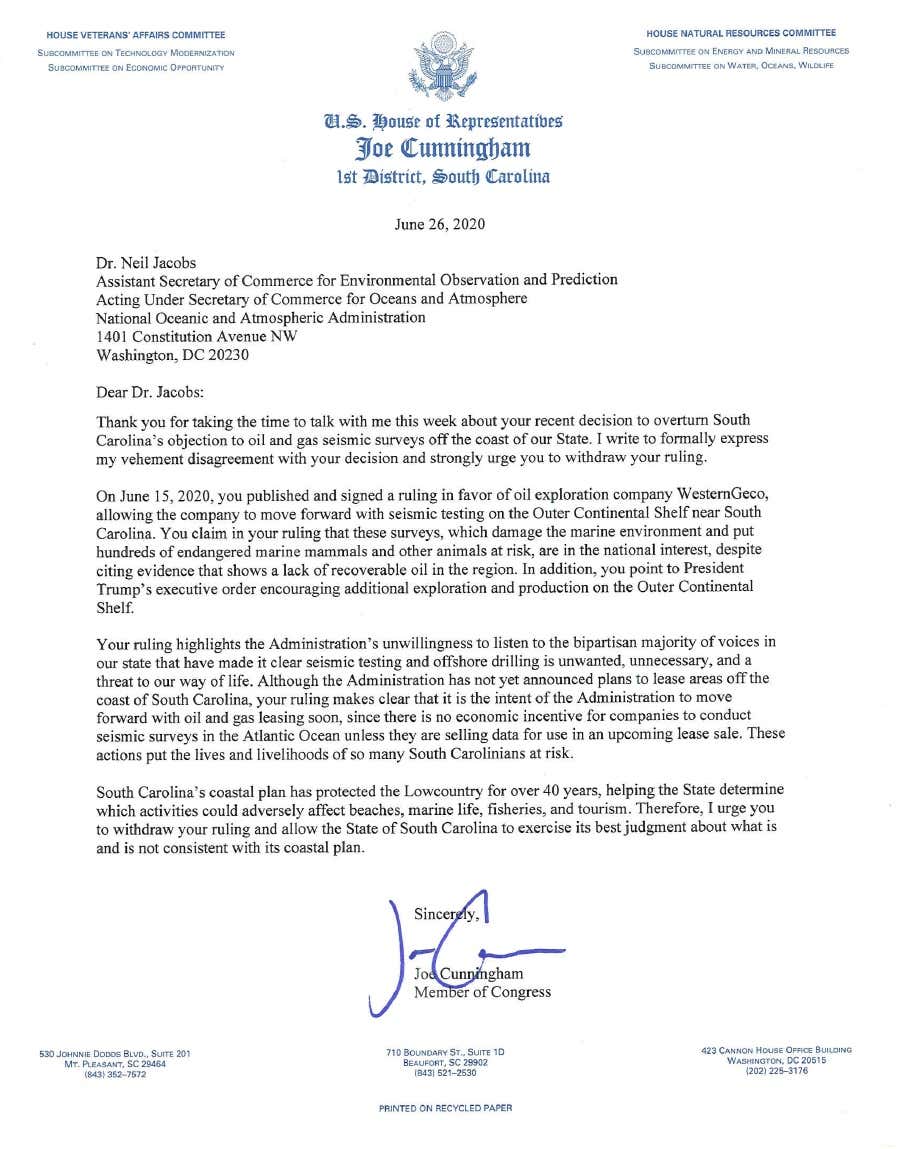 Cunningham said that the ruling “highlights the Administration’s unwillingness to listen to the bipartisan majority of voices in our state that have made it clear seismic testing and offshore drilling is unwanted, unnecessary, and a threat to our way of life.”

The ruling, which sided with oil exploration company WesternGeco, will allow the company to conduct seismic testing surveys that damage the marine environment and marine life near the SC coast. Cunningham argued that seismic surveys are the precursors to leasing areas of the ocean for oil and gas drilling, as “there is no economic incentive for companies to conduct seismic surveys…unless they are selling data for use in an upcoming lease sale.”

Cunningham urged Jacobs to consider the state’s coastal plan, which for over 40 years “has protected the Lowcountry for over 40 years, helping the State determine which activities could adversely affect beaches, marine life, fisheries, and tourism.”