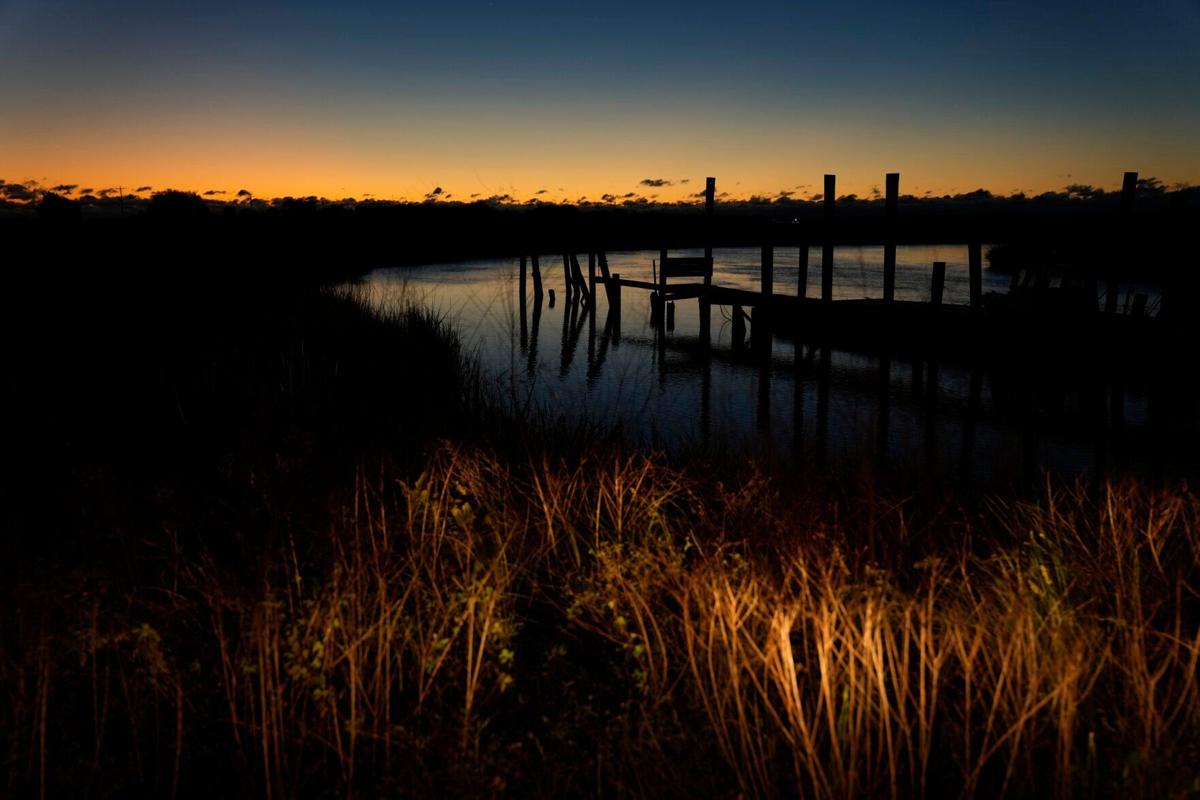 ST. HELENA ISLAND, S.C. (AP) — Ricky Wright points to the bank of a creek to show one way his hometown has been affected by climate change. Many banks have eroded or collapsed, and now some favorite fishing spots that were once on solid ground are reachable only by boat.

Wright is part of the Gullah Geechee, a group of Black Americans who descended from slaves and live off the coasts of North Carolina, South Carolina, Georgia and Florida. The community that has endured for centuries is now imperiled by a combination of rising seas devouring their land, higher temperatures changing how they farm and fish, and destructive storms threatening their way of life.

“I would say (it’s) depressing to lose places like that, especially if you grew up there," said the 65-year-old fisherman, who noted other changes, like the great white shark migrating to waters off St. Helena Island. “It’s scary.”

The risks to the Gullah Geechee and other communities have intensified enough to raise a startling question: Should some populated places simply be abandoned to nature? One strategy gaining traction is so-called managed retreat, which is the planned relocation of vulnerable people.

“This is a huge issue. By my reckoning, there will be 30 million people who are displaced by midcentury, and there will be mass migrations in the United States," said Stephen F. Eisenman, director of strategy for the Anthropocene Alliance, a climate and environmental justice group. The biggest question is whether the retreats are planned and methodical or unplanned and chaotic.

The issue also raises concerns about economic fairness in this landscape that is home to Hilton Head Island, a popular destination for well-heeled tourists visiting its many resorts.

While the Gullah Geechee are told to think about moving, the hotels stay open and industry gets new permits, said Harriet Festing, co-founder of the alliance. "So there's a lot of distrust of government intention and the messages that are coming to them.”

Forms of managed retreat have existed in the U.S. since at least 1989, when the Federal Emergency Management Agency began buying properties in flood-prone areas. Parts of Louisiana, Wisconsin and Illinois have used planned relocation to try to save communities from flooding and rising seas.

With help from government buyouts, some communities simply move to nearby areas that are less prone to disaster. Others migrate to different parts of the country or different countries altogether.