Southeast
Work continues on the next phase to repair and elevate the Low Battery wall along Murray Boulevard on June 2, 2021. The work on the two-block section between Ashley Boulevard and Council Street has a $12 million price tag. Brad Nettles/Staff 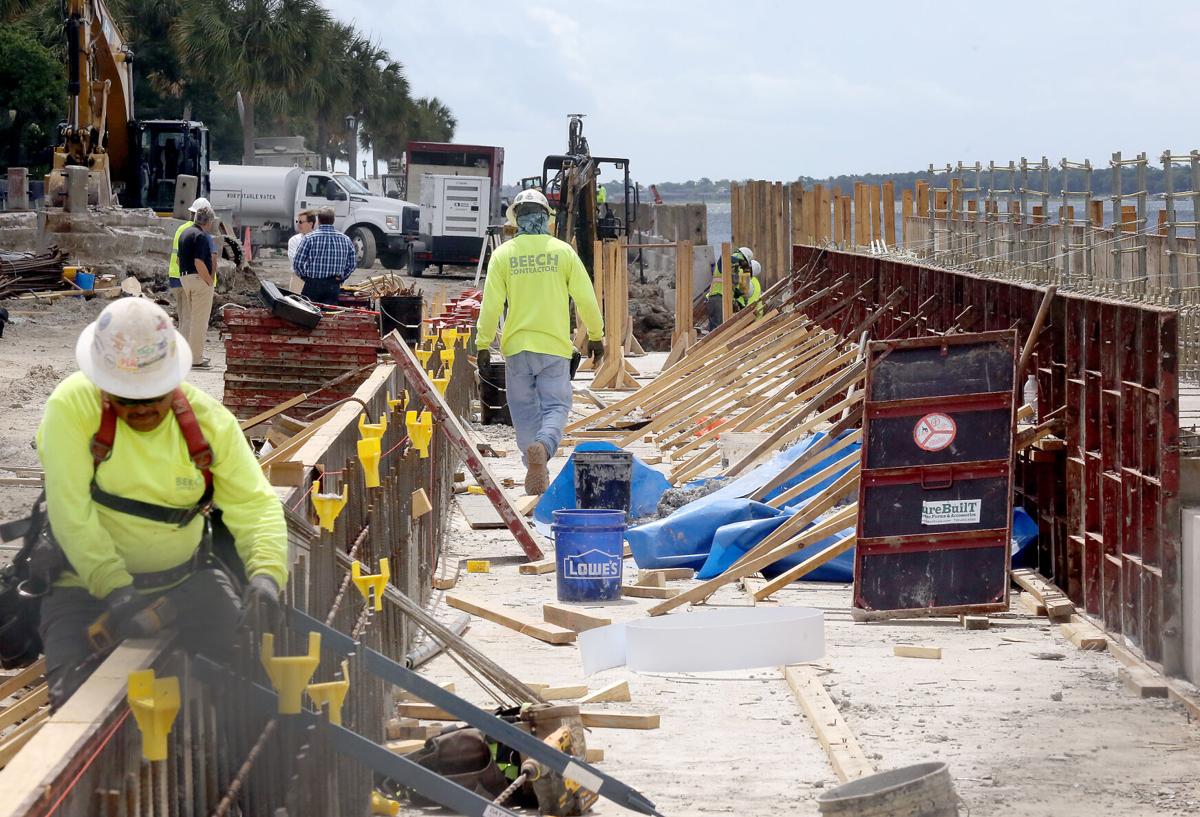 SC - Charleston's bill to fix flooding is rising. Finding the money to pay for it is a puzzle

The cost to fix flooding in Charleston has bloomed to some $3 billion in total, city officials say — a price tag for solutions from cleaning out plugged drainage systems to new, deep tunnels and a wall that could deflect hurricane waves from the downtown peninsula.

In 2017, The Post and Courier asked city officials how much it might cost to fix flooding in the face of a climate that is supercharging flooding rains and pushing sea levels higher. At the time, the estimate was $2 billion, including several hefty projects that were already under way.

But now that number is rising, in large part because of an Army Corps of Engineers proposal to wall off the downtown area from the water. If the project, still in early planning stages, reaches the finish line, the city would have to pay a portion that’s estimated at around $500 million.

In the meantime, a slew of other work in other neighborhoods in the city is ongoing, chewing up the city’s fund for drainage work and sending staff on time-consuming efforts to secure federal grant funds. In all, the city plans to spend almost $58 million, including grant money, on stormwater and drainage efforts in 2021, CFO Amy Wharton said.

These projects, Director of Stormwater Management Matt Fountain said, mostly aren’t aimed at preparing for the 2- to 3-feet of sea level rise the city expects in the next 50 years. They’re an effort to fix the severe flooding problems already existing, which have resulted, in part, from years of poor development decisions about where and how to build in the region’s low topography.

In an interview with the paper, Fountain ticked off a list of 20 major water management projects somewhere in the pipeline from design to construction, including:

As far as work that will fend off the water of the future, “I think we just haven’t quite gotten there yet. We’re still so buried into the things that we need to fix that are currently causing problems,” Fountain said.