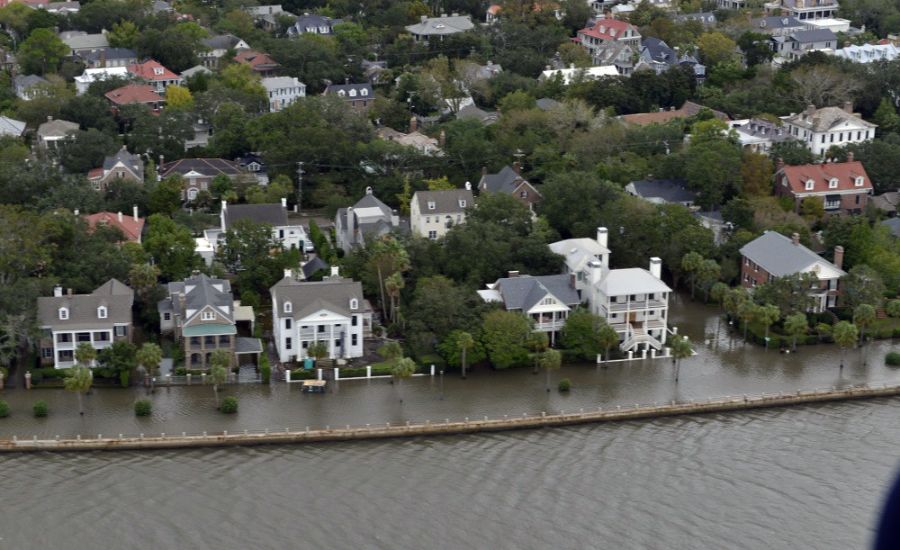 A tentative plan developed by the U.S. Army Corps of Engineers calls for a large portion of Charleston, S.C., to be ringed by a storm-surge wall to defend the city’s downtown against future floods.

The Corps estimates the cost of the entire project at $1.1 billion. Officials say the “optimized” plan is cheaper, adds more resilience and has a better cost-benefit ratio than other options considered by the study.

Downtown Charleston is located on a mostly flat, low-lying peninsula between the Ashley River, Cooper River and Charleston Harbor. Several hospitals are located in the flood-prone areas, and there are more than 12,000 structures collectively worth billions of dollars on the peninsula. The area sometimes experiences tidal flooding even without a storm, and the Corps study warned that a coastal storm making landfall at high tide “could be catastrophic for the community.”

The Corps Charleston District began studying coastal storm impacts on the peninsula in 2018. The latest draft feasibility report and environmental impact statement, released on Sept. 10, proposes building a 12-ft-elevation storm-surge wall around the perimeter of the peninsula.

“It’s designed to build enduring coastal resiliency for the medical community and all residents and businesses,” said Lt. Col. Andrew Johannes, commander and district engineer in a statement.

Most of the barrier would be a T-wall with concrete stem walls and pile-supported bases. The wall would tie into existing high ground like the historic Battery Wall. In the marsh, the barrier would be a combination wall similar to the Inner Harbor Navigation Canal Surge Barrier in New Orleans, consisting of continuous vertical piles on the storm surge side and battered piles on the other side, connected by a concrete cap. There would be tidal flow gates for vehicles and pedestrians that could be closed ahead of anticipated storms. On the inner side of the wall, pump facilities would prevent flooding.

The plan also calls for oyster reef-based living shoreline sills to be created in some areas to reduce storm impacts on natural shorelines and marsh.