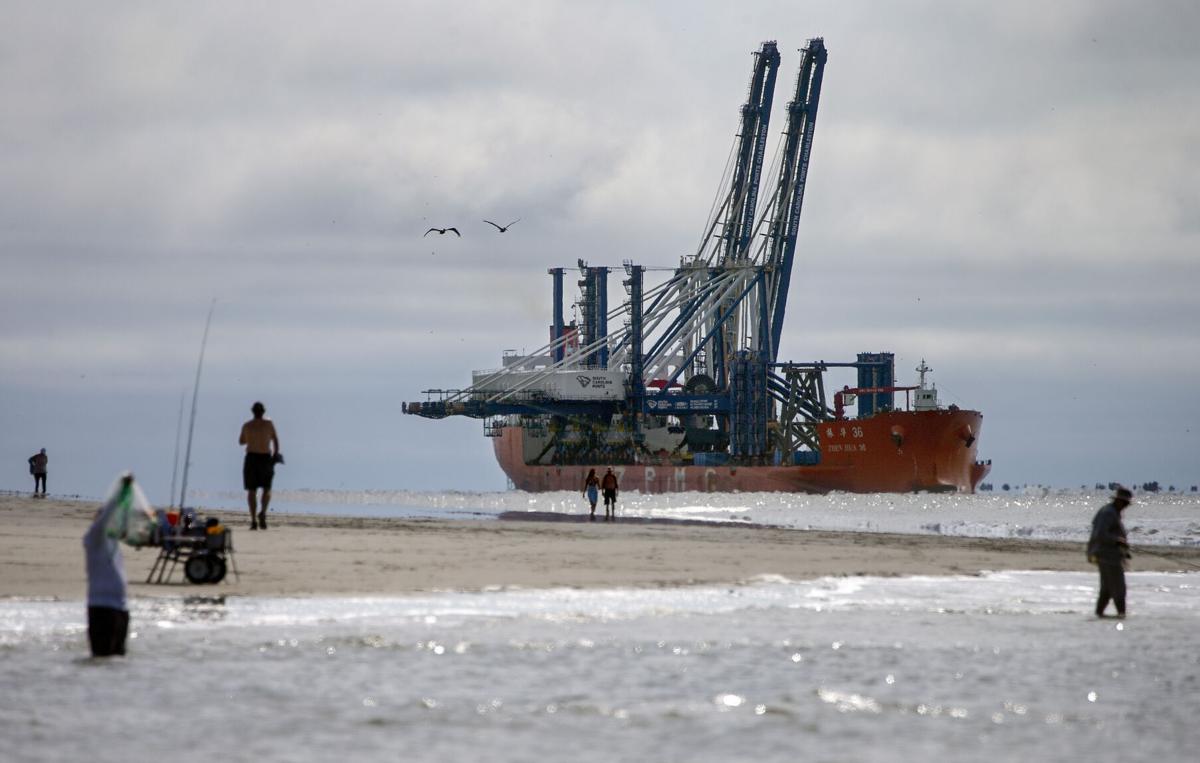 A pair of supersized cranes that will let the Port of Charleston handle some of the biggest container ships arrived Monday at Columbus Street Terminal downtown, keeping the State Ports Authority on track for the March opening of its new container terminal in North Charleston.

The 169-foot-tall ship-to-shore cranes with 228 feet of reach length will be able to move cargo onto and off of vessels carrying as many as 19,000 20-foot cargo containers. Such vessels are more than 20 percent larger than the biggest container ship that’s visited Charleston to date.

“The arrival of our new ship-to-shore cranes highlights that our terminal is inching closer to its March opening,” Barbara Melvin, the SPA’s chief operating officer, said in a statement. “These cranes will soon be working the largest container ships on the East Coast at our state-of-the-art container terminal.”

The cranes, along with three others arriving next week, will line the first of three berths to be built at the new Hugh Leatherman Terminal on the former Navy base in North Charleston. The first berth along the Cooper River is scheduled to open in March. The cranes that arrived Monday will stay at Columbus Street until Wednesday so their booms can be lowered to fit under the Ravenel Bridge. Then they will be moved up the river to the Leatherman Terminal, where they will be raised, commissioned and tested in coming months.