Southeast
High tide waters wash up against uninhabited homes along the coast of Harbor Island in Beaufort County in late January. Lauren Petracca/Staff 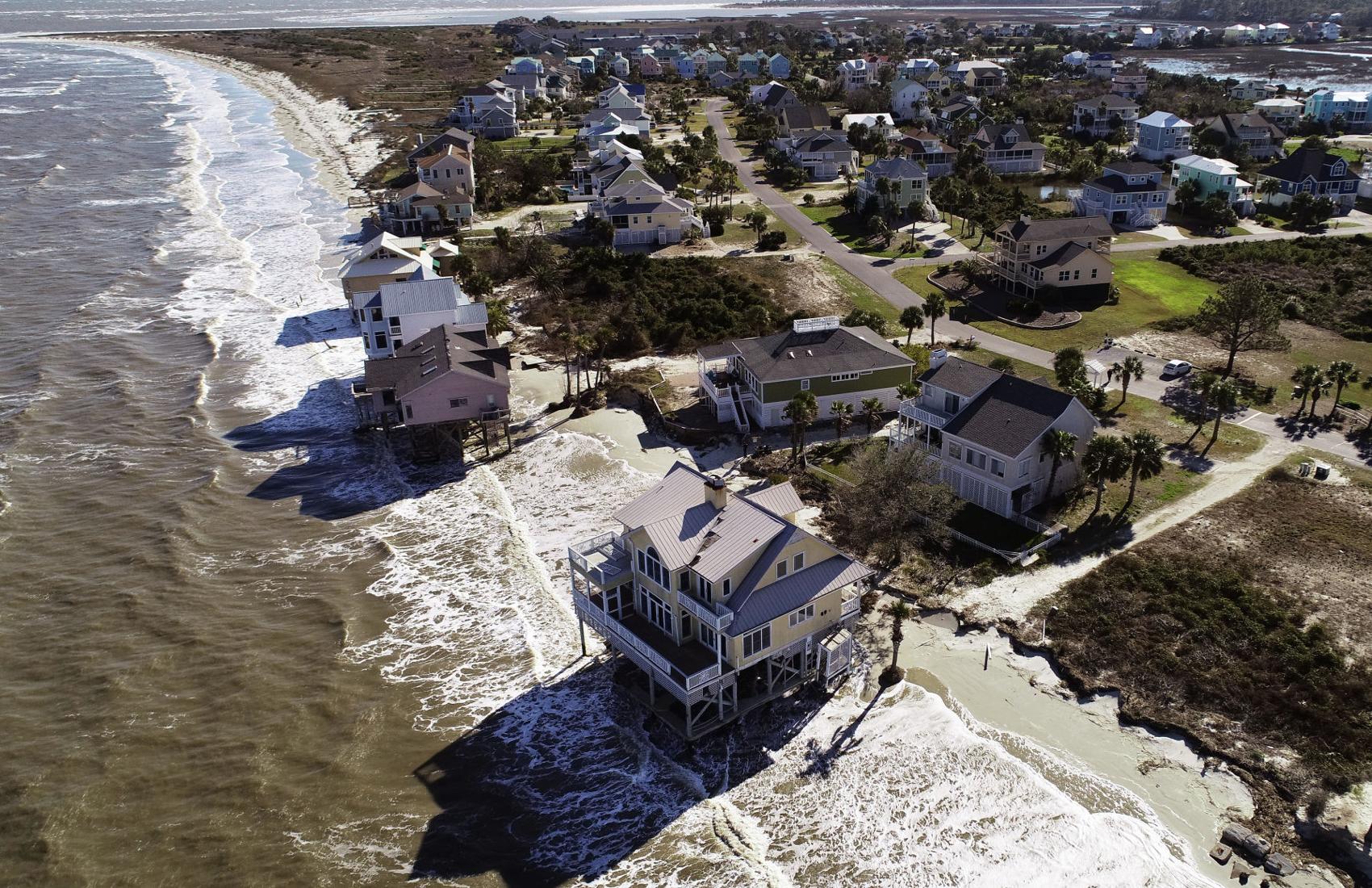 No one is sure of their exact design or where they would have to go to be effective. Or what such devices would do to the environment up and down the coast.

They don’t know how deep to sink them or how many feet, yards or miles the breakwaters would have to stretch.

The people who have studied the potential for South Carolina haven’t guessed at the cost.

It is clear that the concept is one of the more novel solutions floated as the state considers ways to protect its nearly 200-mile coast, the main draw for a $24 billion tourism industry. Threats to the shore are compounding with global-warming-driven sea level rise, and have been emphasized with several severe storms in the past five years.

NEWS -- McMaster wants to add a resilience chief to SC government. What would one do?

The idea — building an underwater barrier to slow down waves, and thus slow the flow of escaping sand — surfaced in the work of Gov. Henry McMaster’s S.C. Floodwater Commission. That group worked for more than a year investigating the idea, but it’s still more concept than reality.