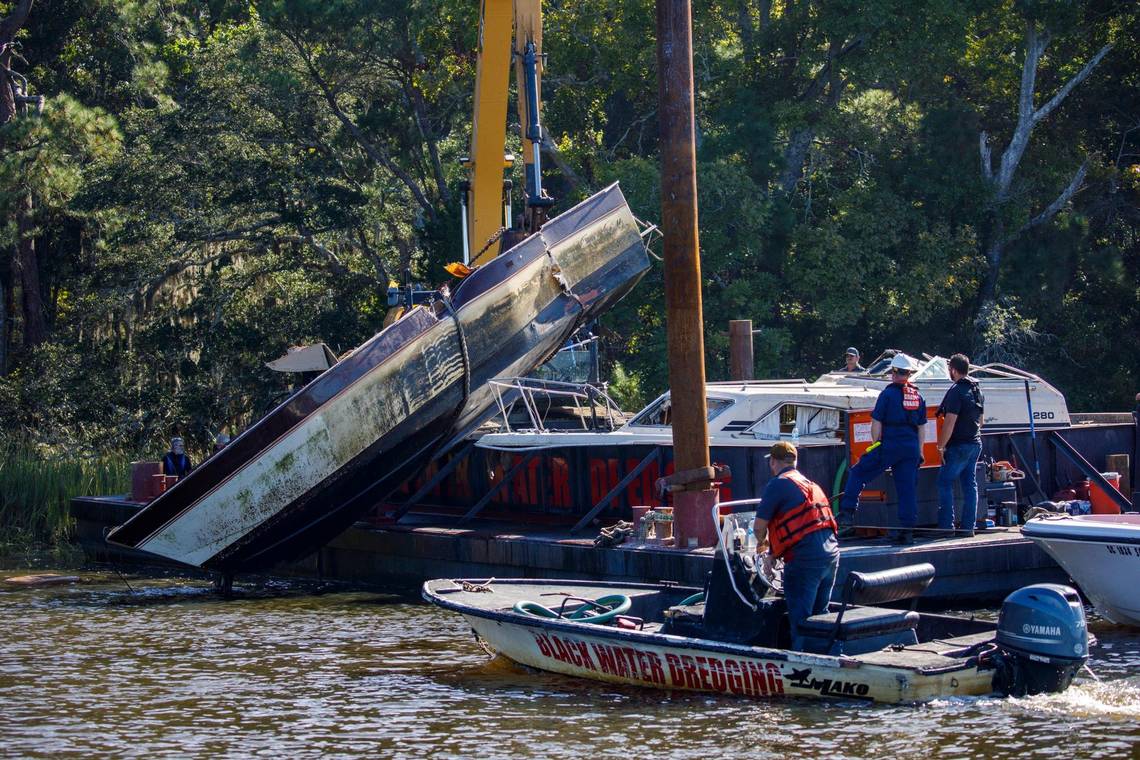 SC - Boats are being abandoned on SC’s shores. Why? And what’s being done about them?

It’s an unusual sight. Far from any docks, or even easily accessible land for that matter, a boat is being pulled out of the Intracoastal Waterway.

The process isn’t graceful. The boat, tagged with fading spray paint, has chains wrapped around its midsection and tied to a backhoe parked on a floating barge. At one point, it seems unsure who will win the battle: the long-abandoned boat fighting to stay in the water, or the backhoe trying to yank the ship out of the saltwater.

The backhoe wins, pulling the lower half of the boat onto the barge, but it comes at a price. Pieces of wood from the boat’s hulls crack and break off, creating a mess that has to be cleaned up.

The scene was one of several on a recent October day. Black Water Dredging, conservation group Wounded Nature - Working Veterans and South Carolina’s Department of Natural Resources were working together to pull four boats out of the Intracoastal Waterway. The boats had been abandoned for months or years, and their continued existence in the water endangers both people and wildlife in the area.

In Horry County alone, there are at least 20 abandoned boats scattered around different waterways that are in various stages of DNR’s abandoned boat removal process, DNR officer Joel Chanca said. But the problem isn’t one that’s exclusive to the Myrtle Beach area; Charleston and Hilton head have also dealt with this problem, DNR says.