Southeast
Sandbags placed in front of a home in DeBourdieu Colony were placed to fend off the ocean that has flowed over an older bulkhead on the beach there. Provided/ Coastal Conservation League 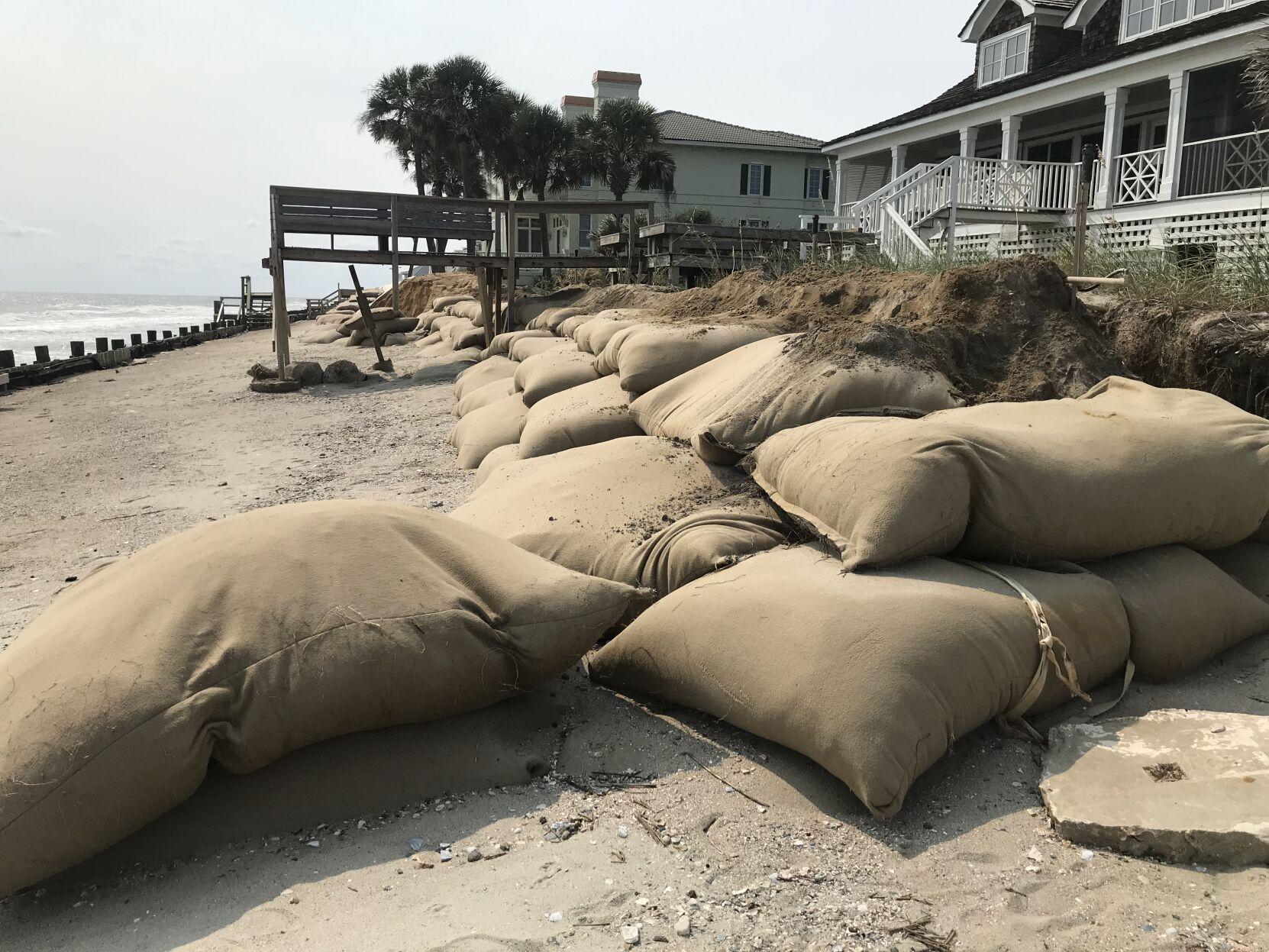 COLUMBIA — The S.C. Department of Health and Environmental Control decided Thursday night that DeBourdieu Colony homeowners can keep the sandbags they put on an eroding beach without state permission.

Bags have been on the sand in the gated Georgetown County community, behind a degrading wood bulkhead, since the fall of 2020. The owners of four houses with the bags did not get emergency permits from DHEC to keep them. Those properties then became part of a research proposal by Coastal Carolina University professor Paul Gayes to study how sand dunes with filled bags inside would fare over time.

The board voted 3-2 to allow the research, with the condition that it did not affect DHEC’s still-pending investigation of the legality of the sandbag placement. But, the board also stipulated that at the end of that investigation, DHEC could not order the homeowners to remove the bags.

“This decision was not taken lightly. It affects the coast of South Carolina,” said acting board chair Seema Shrivastava-Patel, who did not cast a vote. “We have confidence in our staff also.”

The homeowners argued via three attorneys, including state Sen. Stephen Goldfinch, to keep the bags in place. The hope is that they will be covered up as a beach renourishment project spits 650,000 cubic yards of recovered sand back onto the beach this year.

That conflicts with existing state regulations, DHEC staff said, which specify that sandbags are only a temporary solution on the beach for emergencies, and cannot be permanently installed and covered with sand.

The board ultimately agreed with the homeowners’ legal team, which requested the hearing after staff turned down Gayes’ research proposal. The board’s decision could now be appealed by an interested party, however, to the S.C. Administrative Law Court.