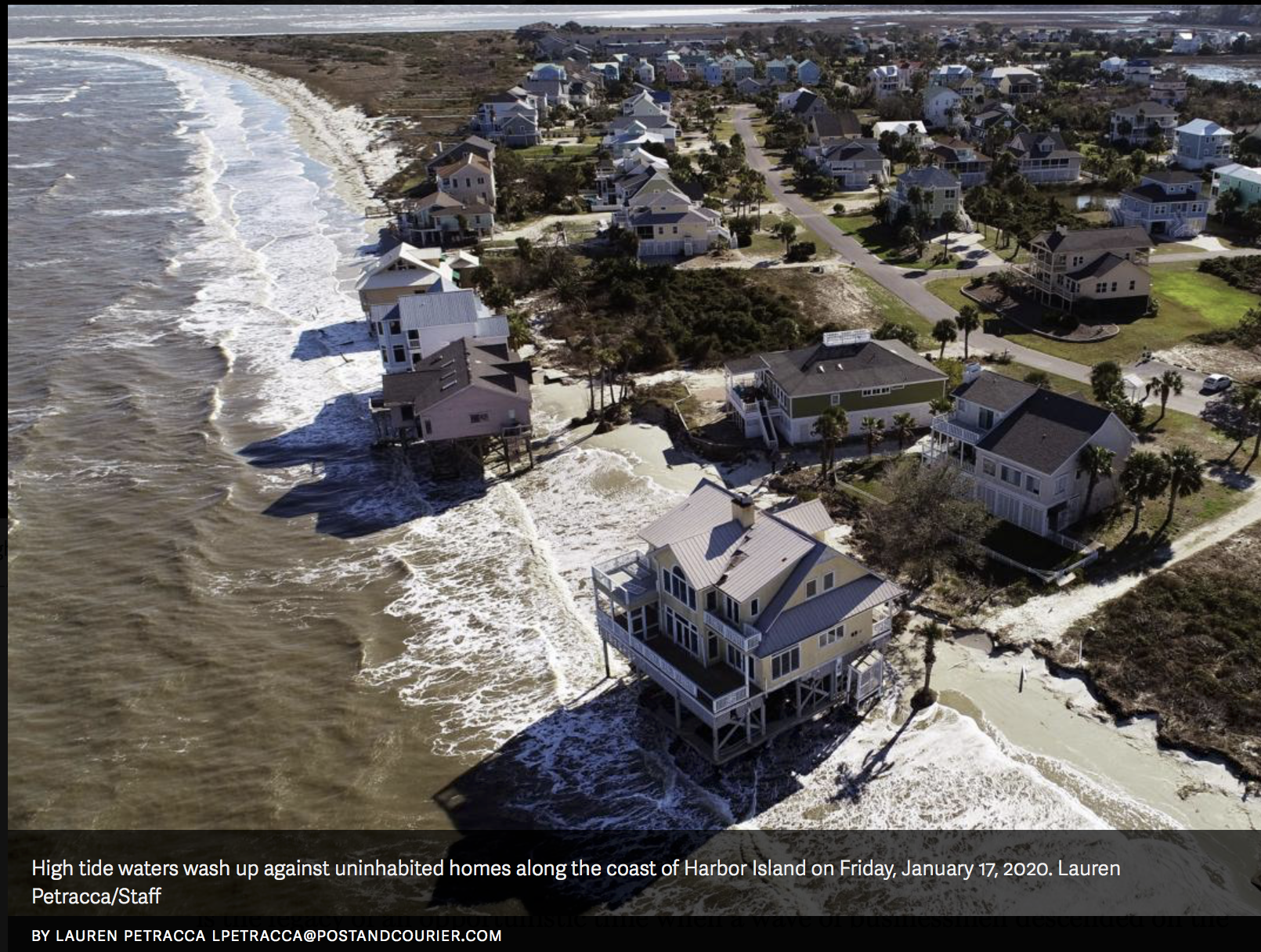 SC - As South Carolina island homes fall into ocean, owners behind them wonder if they’re next

HARBOR ISLAND — This small slip of land on the eastern tip of Beaufort County is the legacy of an opportunistic time when a wave of businessmen descended on the South Carolina coast keen-eyed for fragments of paradise to package and sell off to the tennis-and-golf set.

Brightly colored beach houses with white-lattice skirts were erected, a beige complex of condos sprouted, marsh canals were dredged, and a causeway on and off the island took hold.

It amounts to a pretty picture today — if you ignore the five houses falling into the ocean.

Wracked by Hurricane Matthew in 2016, which sent 100-plus-mph winds hurtling onto the beach, the damage that’s been unrepaired for years on the handful of homes is still apparent: supporting columns have begun to bend; stairways leading to entrances twisted; wiring hangs down like loose locks of hair, swaying in the wind.

Their owners are locked in legal battles, both with their insurance companies and the island’s Owners’ Association, which says the houses need to be removed. Beaufort County declared it’s unsafe to be inside any of them. Many on the island are hesitant to discuss them at all so as not to upset friends in the private vacation destination’s small community of year-round residents.

One couple showed up twice last year and stayed inside their crumbling vacation home, two neighbors said. The couple was able to turn the lights on in the house, despite the fact that it’s surrounded by rising tides twice a day. The power has since been shut off, but a Dominion Energy spokesman would not clarify when.