Mid-Atlantic
Rodney Clement gingerly steps from the sidewalk to the street through floodwaters around his home on Aiken Street on Oct. 27, 2015. The Army Corps of Engineers is encouraging cities across the country to use eminent domain to force sales of frequently flooded homes, but the practice isn’t on the table in Charleston. Grace Beahm/Staff 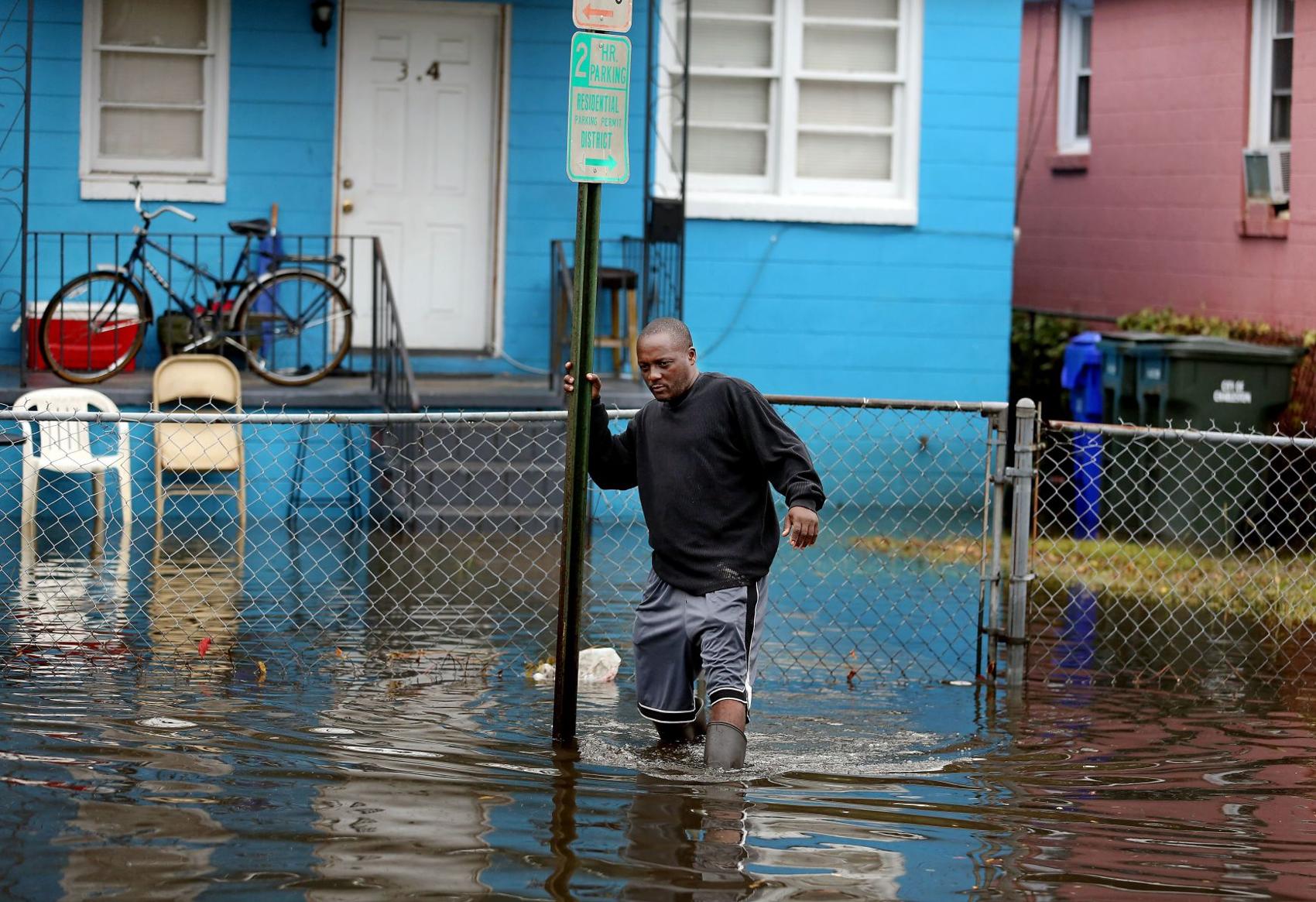 The Army Corps of Engineers is encouraging cities across the country to use eminent domain to force sales of frequently flooded homes, but the practice isn’t on the table in Charleston.

The Corps launched a study at the beginning of 2019 examining how to protect the Charleston peninsula from storm surge. It is one of several studies of flooding fixes around the country and starts with a broad range of options, from stabilizing shorelines with plantings to building large structures like levees or surge walls.

In Charleston, the Corps has opted for those structural fixes, said Charleston’s Chief Resilience Officer Mark Wilbert, who is familiar with the draft plan.

It does not include buying and demolishing oft-flooded homes.

“Any buyouts that might be required on this project, one: are not decided yet, haven’t even been looked at; and two: they are directly related to the placement of any structural barrier or wall,” Wilbert told The Post and Courier.

The plan is still under development and Wilbert declined to give specific details beyond ruling out buyouts.