Mid-Atlantic
Bay Point Island in Beaufort County is pictured during high tide on May 5, 2020. The island’s owners hope to build a high-end, 50-unit resort there, but there has been strong opposition to the plans from some local groups and South Carolina politicians. Miles Sanders / Charleston Post Courier 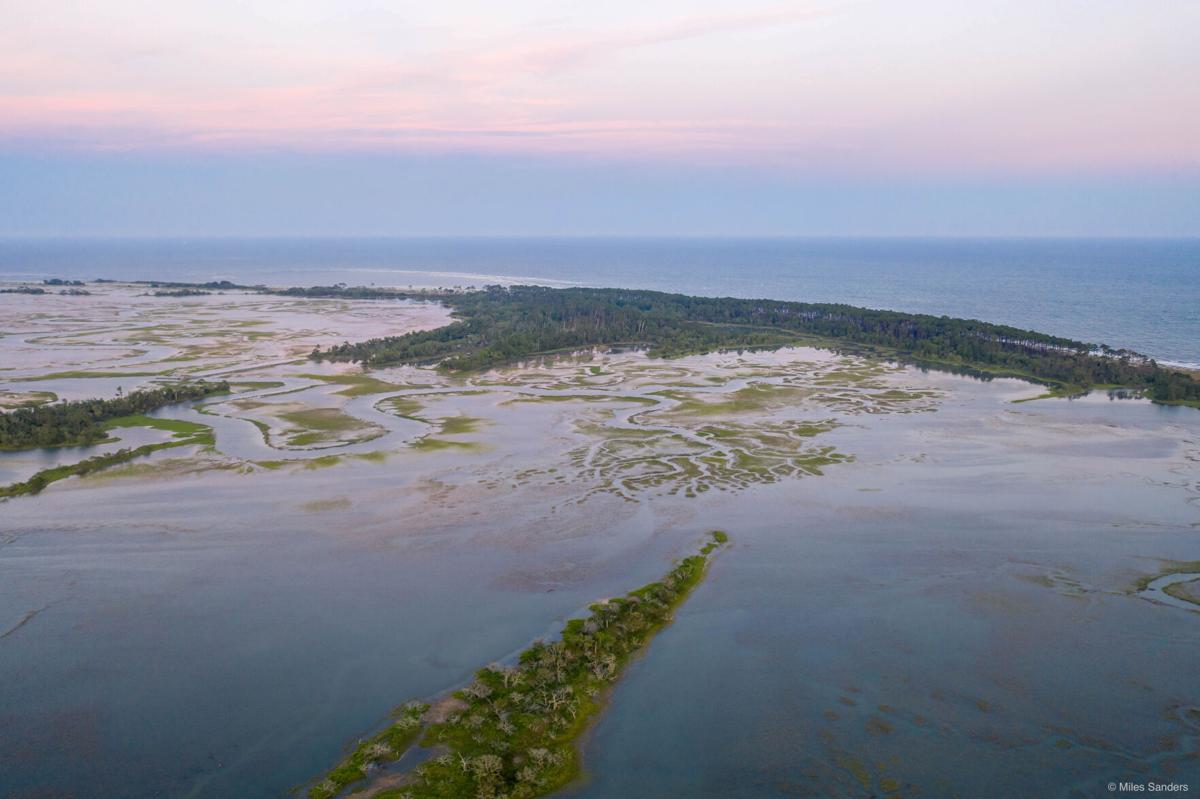 Another South Carolina politician is calling for a high-end “ecoresort” project for an undeveloped Lowcountry barrier island to be turned down, days before the plan is scheduled to be up for a vote.

The proposal, which calls for 50 villas along with spas, dining venues and other amenities on Bay Point Island in Beaufort County has attracted opposition for months, and a key decision on the project may be close: A county zoning board is supposed to review it next week.

U.S. Rep. Joe Cunningham, D-S.C., wrote to the zoning board Monday, urging members to reject the development’s request to be considered “ecotourism.” He described Bay Point in his letter as “an increasingly rare and invaluable natural resource” that serves as a refuge for wildlife and a buffer from intense storms.

A “large-scale resort” would “compromise each of the valuable benefits the island naturally provides,” wrote Cunningham, whose district includes Bay Point Island. The Democratic congressman is running against Republican challenger state Rep. Nancy Mace for the 1st Congressional District seat.

Last month, Gov. Henry McMaster sent a letter to the zoning board calling on it to reject the resort as an ecotourism use. Cunningham’s letter raised some of the same points that the Republican governor had addressed.

Both politicians shared concerns about the development’s effects on native shorebirds and sea turtles, strain that infrastructure needs could put on Beaufort County resources and the risks of placing new buildings on an erosion-prone barrier island. They also questioned whether the plans were true “ecotourism.”

The ecotourism definition used by Beaufort County describes it as “responsible travel to natural areas that conserves the environment, sustains the well-being of the local people, and involves interpretation and education.”